After spending the year emptying out the vaults and sharing a ton of unreleased music, T-Pain is ready to move forward with big plans for 2019—starting with a tour.

Officially dubbed the 1UP Tour, Teddy P will kick things off on in Baltimore on March 20th and run through New York, Atlanta, Chicago, Nashville, Los Angeles, and more, before wrapping on April 9th in San Diego.

Check out the full list of stops below and join us as we hope this means a new album is on the way. Until then, be sure to give Oblivion another run. 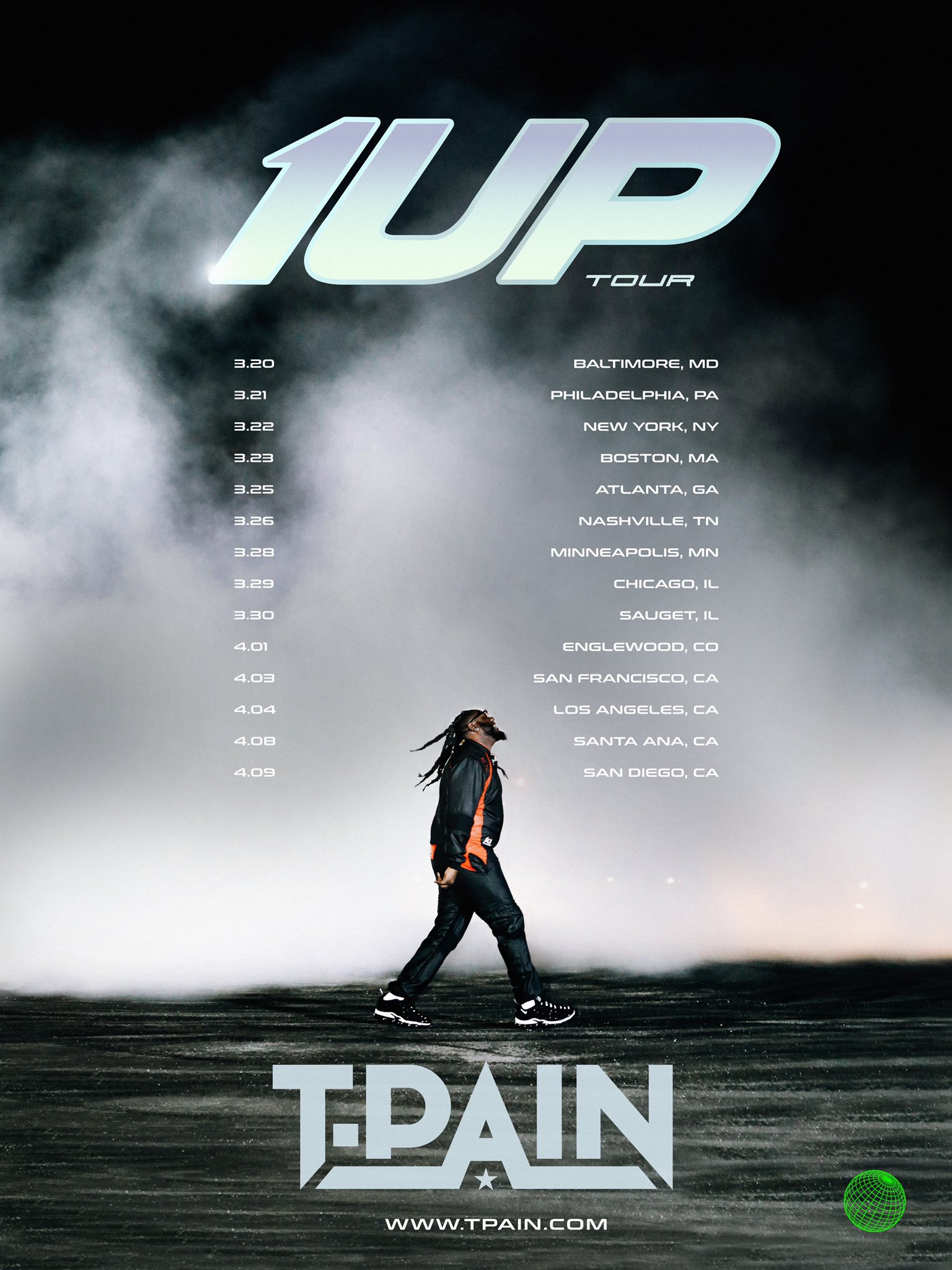