J. Cole has done it again.

Cole’s fifth studio album, K.O.D., has gone Platinum, according to Chart Data. This would also make the Dreamville artist 5-for-5, with all of his albums reaching Platinum status (Cole World: The Sideline Story, Born Sinner, 4 Your Eyez Only) or better (2014 Forest Hills Drive, 2x).

And, yes, with all due respect to kiLL edward, it’s the third time with no features. 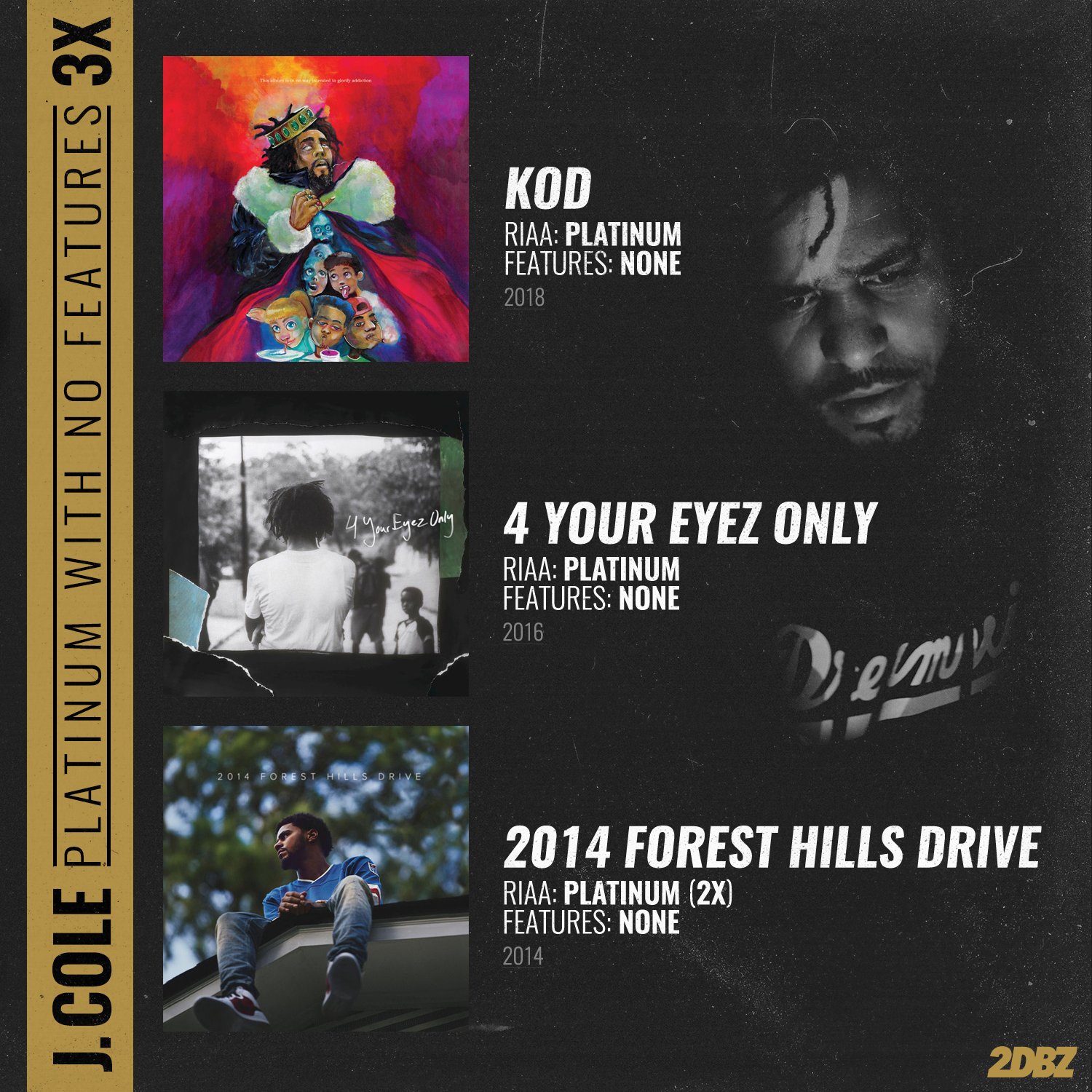