For the last five years, Mass Appeal Records has been putting together a roster of quality talent ever since Nas helped launch the label in 2014.

Now, with a solid stable of artists in tact, Mass Appeal has announced a new tour with a Starting 5 of Fashawn (an OG on the label now), Brooklyn’s Stro, Georgia’s Cantrell, Cleveland’s Ezri, and their latest signee, 070 Phi.

Kicking off in Santa Ana, CA on February 6th, the Starting 5 Tour will stop in Portland, Seattle, Denver, Toronto, New York, Philly, and more, before wrapping on March 14th during SXSW in Austin, TX. Check the list of dates below. 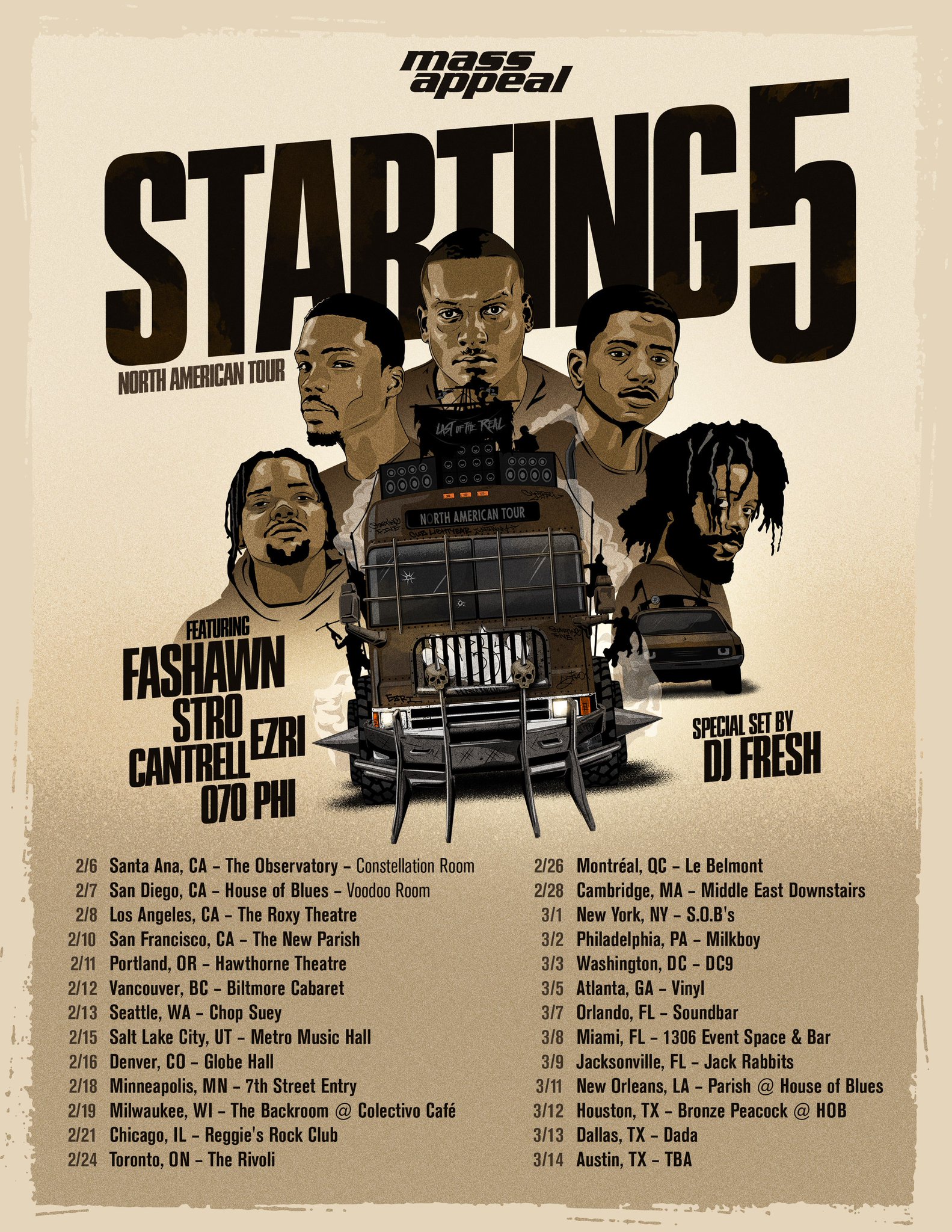 Key Glock – “Bottom of the Pot”