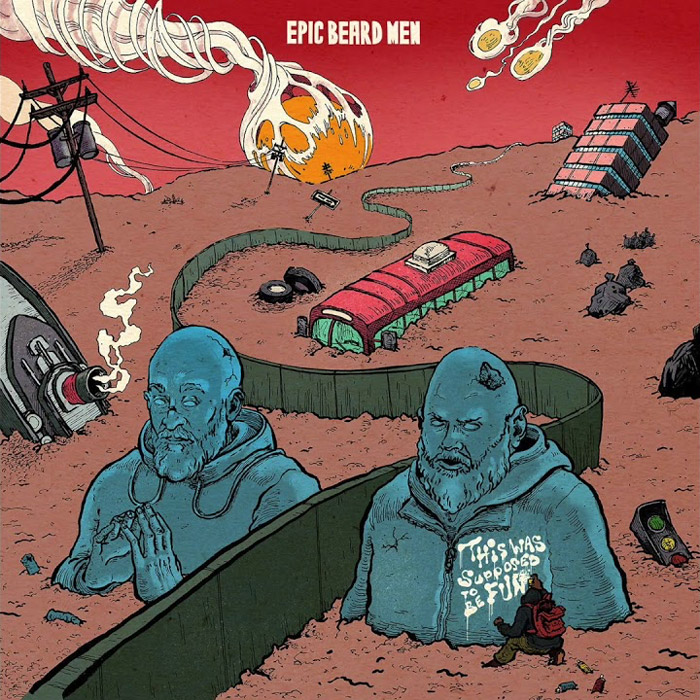 After years of collaborating and touring the world, Sage Francis and B. Dolan (together as the Epic Beard Men) are finally ready to release their official debut album.

Pre-heating the oven with their Season 1 EP last year, the Rhode Island duo are taking it up a notch with This Was Supposed to Be Fun; their first full-length project that’s filled with sharp, satirical, bombastic edutainment, written large in neon bubble letters for all the world to f*ck off to.

Impacting on March 29th, Sage and Dolan kick off the campaign with the project’s lead single, “Hedges.”

“I started writing this as a solo song, wanting to personalize the threat of abstract ideas like the loss of privacy and the increasingly manic, isolationist quest for safety,” B. Dolan says. “I hit a wall. Then Sage Francis peeked over that wall and wrote his neighborly reply.”

Accurately described as a “haunting character study in community alienation and the collapse of the psychic bonds that used to constitute ‘the great American neighborhood’,” the song can be experienced below.

Nick Grant Found Tweet for His “Straight Up” Interlude