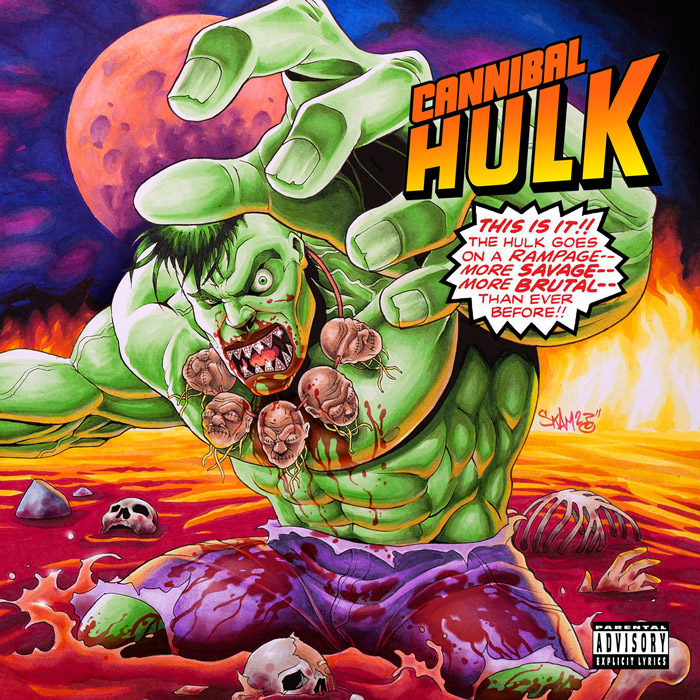 After years or running within the same circles and first working together in 2012, Ill Bill and Stu Bangas have joined forces for a joint project called Cannibal Hulk.

“This is one of those records that appears to be about something obvious but is actually about something else entirely,” Ill Bill told hhdx. “Once listeners realize not who but what ‘Cannibal Hulk’ is, they trip and bug out off the record even more. There’s a twist to it. You’re gonna have to watch the videos and listen to the album yourself to know what I’m talking about, but it’ll be worth it.”

“Being a comic book fan since before I knew how to read, a lifelong Hulk and Marvel fan, this project is the most fun I’ve had working on an album in a long time,” he continued. “It encompasses what made me fall in love with comic books and hip hop in the first place. It transports you somewhere else and that’s the kind of art I love the most.”

Locked in at 10 tracks, Cannibal Hulk comes equipped with features from Goretex, Slaine, Vinnie Paz, Snak the Ripper, and Uncle Howie. Press play below and be sure to add the album on your preferred streaming platform.