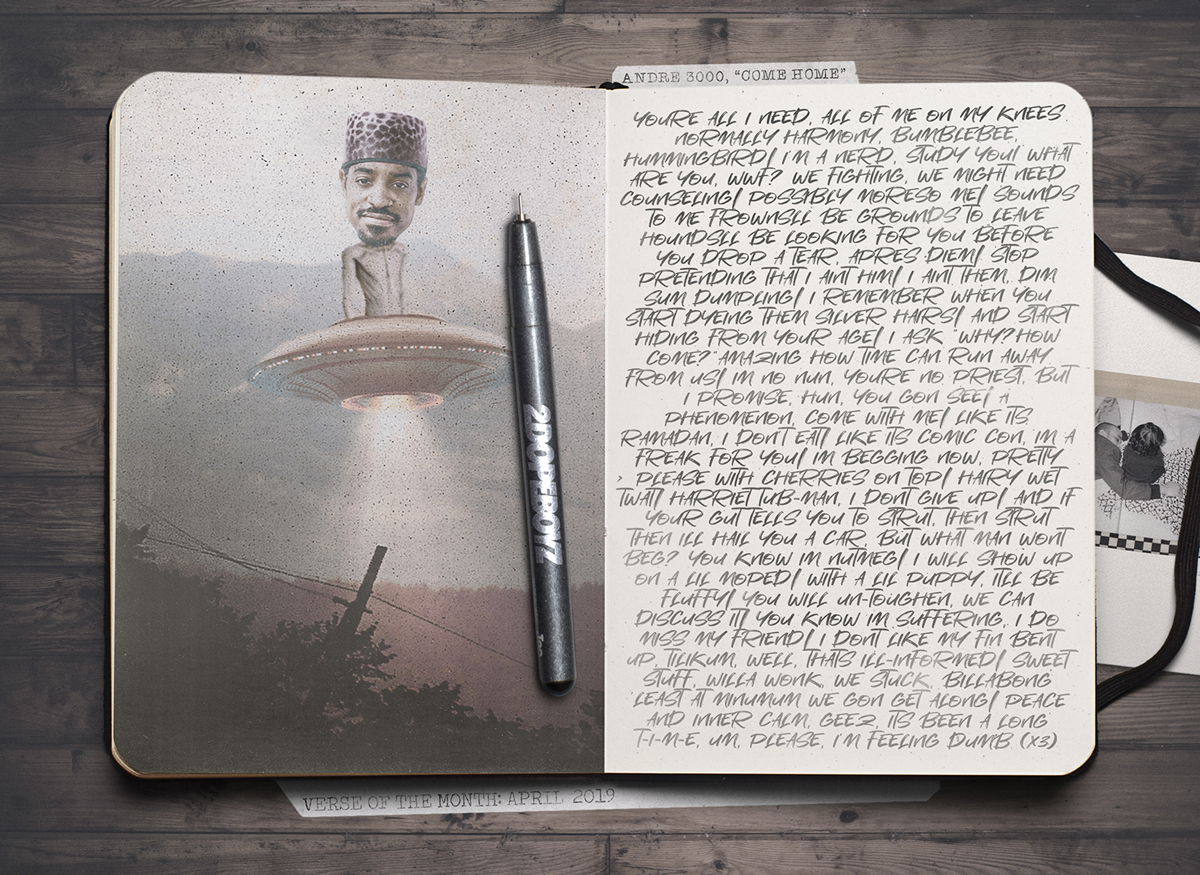 An André 3000 guest spot is a joyous occasion. Not only because they are so far and few in between, but because Mr. Benjamin never, ever fails to impress when he decides to come out of whatever rock he’s hiding under and bless us on a song we least expect him to be on.

This time around he lends his verbal assistance to Anderson .Paak’s Ventura with his show stealing bars on “Come Home.”

Looking to smooth things over with his significant other, Tres Stacks finesses the hell out of the production with a hypnotic flow over the stone cold groove. Any other emcee would falter with the “hairy wet twat” homonym and stuffing a verse with references to the WWF, Harriet Tubman, Comic Con, Billabong, mopeds, ducks and puppies.

And that final stretch of bars where he breathlessly bounces with couplets that shouldn’t work because it teeters on the edge of being off beat, but they do? Yeah, that’s why this is the verse of the month.