21 Savage and DaBaby are hitting the road.

In support of last year’s i am > i was album, which was released weeks ahead of the whole ICE fiasco, 21 Savage will be embarking on a nationwide tour with help from Charlotte’s own, DaBaby—who is also coming off the release of his Baby On Baby project.

Kicking off July 10th in Oklahoma City, the five-week road trip will stop in Houston, Los Angeles, Seattle, Denver, Chicago, and more, before wrapping with a hometown show in Atlanta on August 16th. 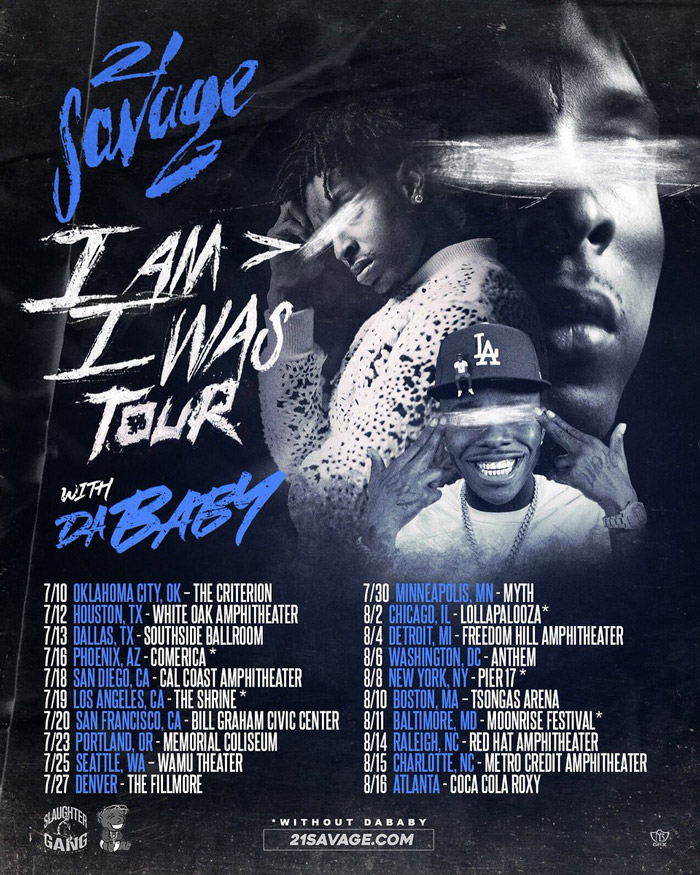