DJ Khaled is Releasing 8 ‘Father of Asahd’ Videos This Weekend

Although it took longer than expected, DJ Khaled has finally released his eleventh album, Father of Asahd. And to celebrate, he’s going video crazy.

Kicking things off with a video for “Higher” with the late Nipsey Hussle (shown above), Khaled plans to bring seven more songs to life throughout the weekend. He even provided fans with a release schedule… 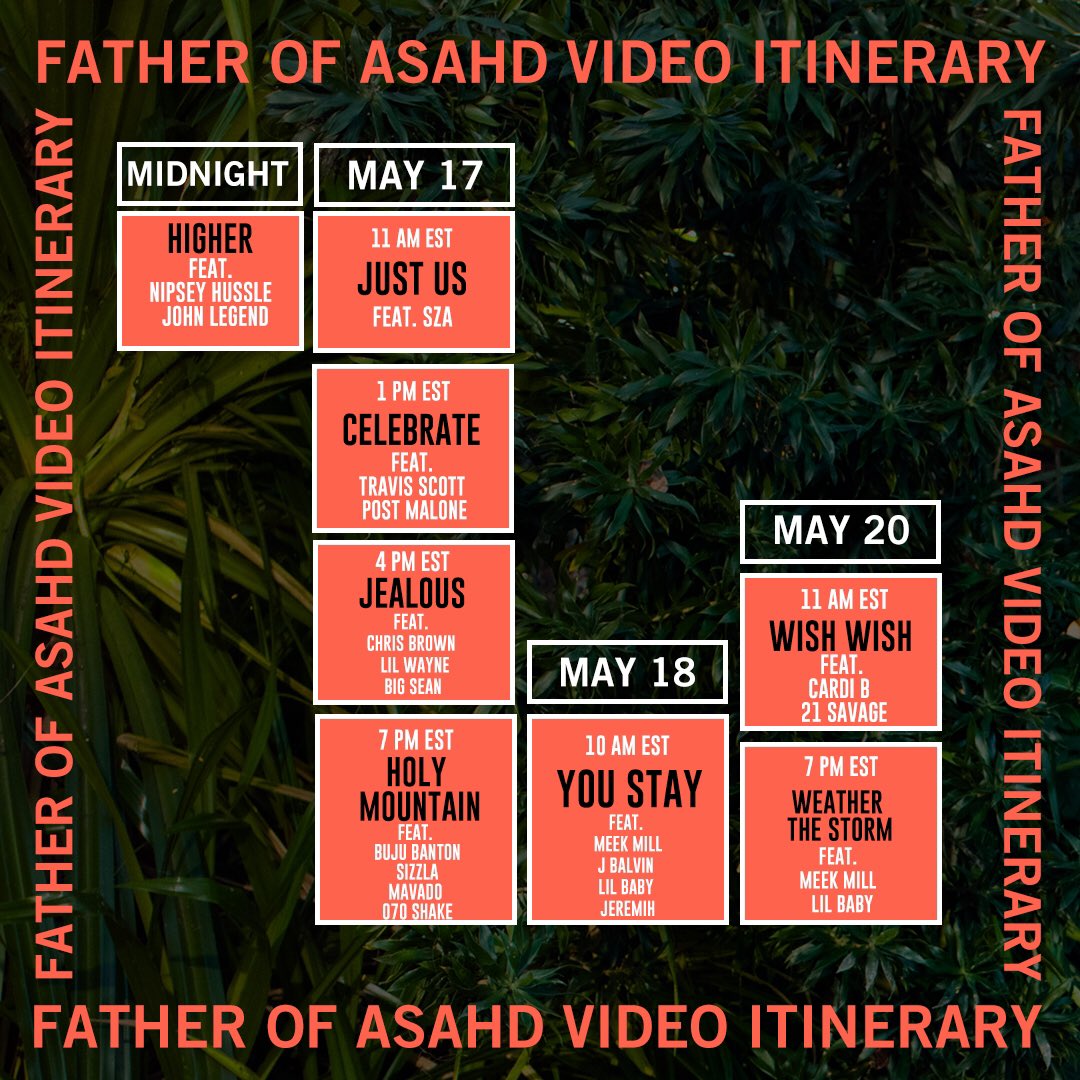 Rather than making a new post for each video, we’re just gonna continue to update this one as each clip is made available to the public.