After teasing us for years, it looks like Freddie Gibbs and Madlib are finally ready to deliver the long-awaited follow-up to Piñata.

Officially dubbed Bandana, the project is led by the previously-released “Flat Tummy Tea” and the title-track with Assassin, the project will mark the second of a trilogy–the third being Montana, which hopefully won’t take another five years to be released.

No date has been announced on Bandana, but with the date looming close, the MadGibbs duo have unveiled the official artwork. 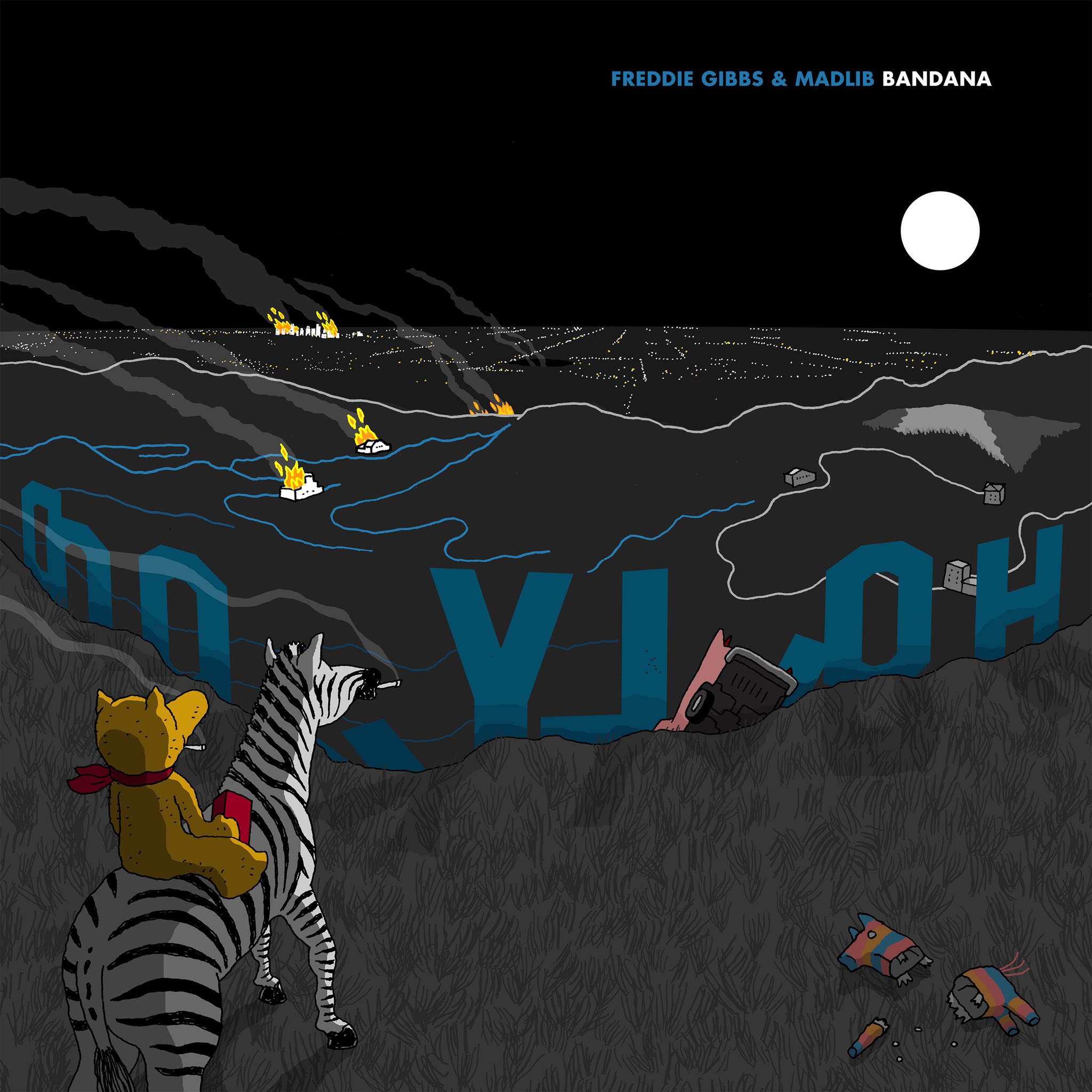