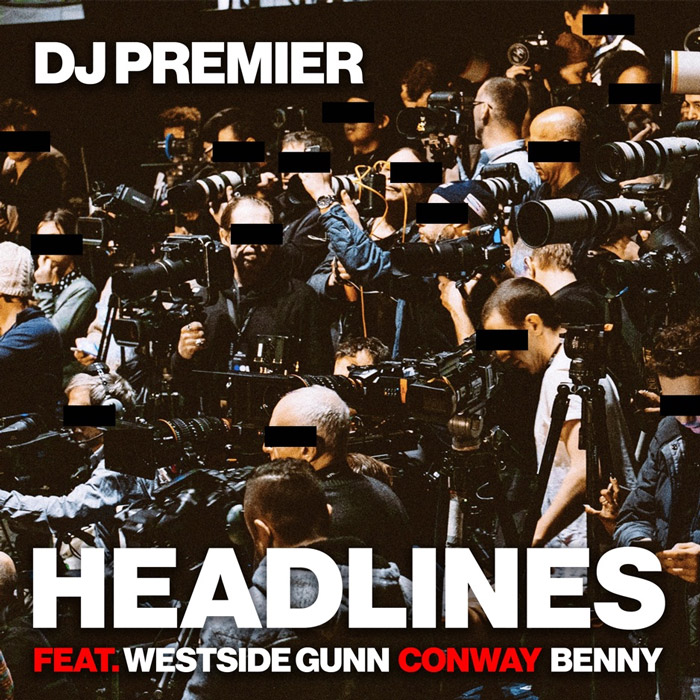 For the last few years, the trio of Westside Gunn, Conway and Benny the Butcher have had a stranglehold on the game with a bevy of amazing projects like FLYGOD, Supreme Blientele, Reject 2, Tana Talk 3, Everybody Is F.O.O.D. and countless others.

And now, with plenty more left in the chamber, the Griselda trio have teamed up with DJ Premier to assist the legendary producer on his brand new single, “Headlines.”

“I’ve wanted to do a record with them individually for a few years now,” DJ Premier says. “I had been listening to Westside Gunn first. Conway got my lyrical attention very heavy when Alchemist told me to listen to how he rhymes. Then after I got in tune with Benny’s songs, I immediately knew that in order to follow up the Casanova record it made sense to have all three on the same single. ‘Headlines’ was made organically from a blank canvas at my studio at 2am and it happened so fast; and I loved their work ethic.”

“Working with Preemo was surreal and watching him cook from scratch; I still can’t believe the record is done,” Westside Gunn adds. “Shooting the video in my city (directed by Jason Goldwatch in Buffalo, NY) makes it even more legendary!  This is just the beginning of our cook up and definitely one of the only things on my bucket list.”

Released via Payday Records, like “Our Streets” with A$AP Ferg and “What U Said” with Casanova, Premo’s latest banger can be heard below. Press play and add it on your preferred streaming platform.

Sitting down with AFH, Gunn spoke on working with Preemo, what’s next for Griselda, and the possibility of a joint project between both parties.

“That was a one-taker. [DJ Premier] went in, laid it down. While he was actually making the beat, we were already [making our verses],” WSG says. “I’m glad it’s coming out now more than anything, because all the work that’s about to come out is with us three, together. So this is kinda like giving you a glimpse of Griselda as a whole.”

“This Preemo record is now the beginning of Griselda 2.0. This the new chapter now. The Griselda you knew before is old. What you about to hear now is all the new beginning sh*t,” he continued. “And we’ve been talking. I feel we’re going to do a Preemo album; I really do. It’s for the culture. I think it’s what people wanna hear. I think it’s a necessity. Especially our sound with our East Coast raw sh*t. Who better for Preemo to work with than doing an album with someone who’s running the East? It makes sense, especially for the culture. That’s something that has to be done just for the culture. It’ll go down in history.” 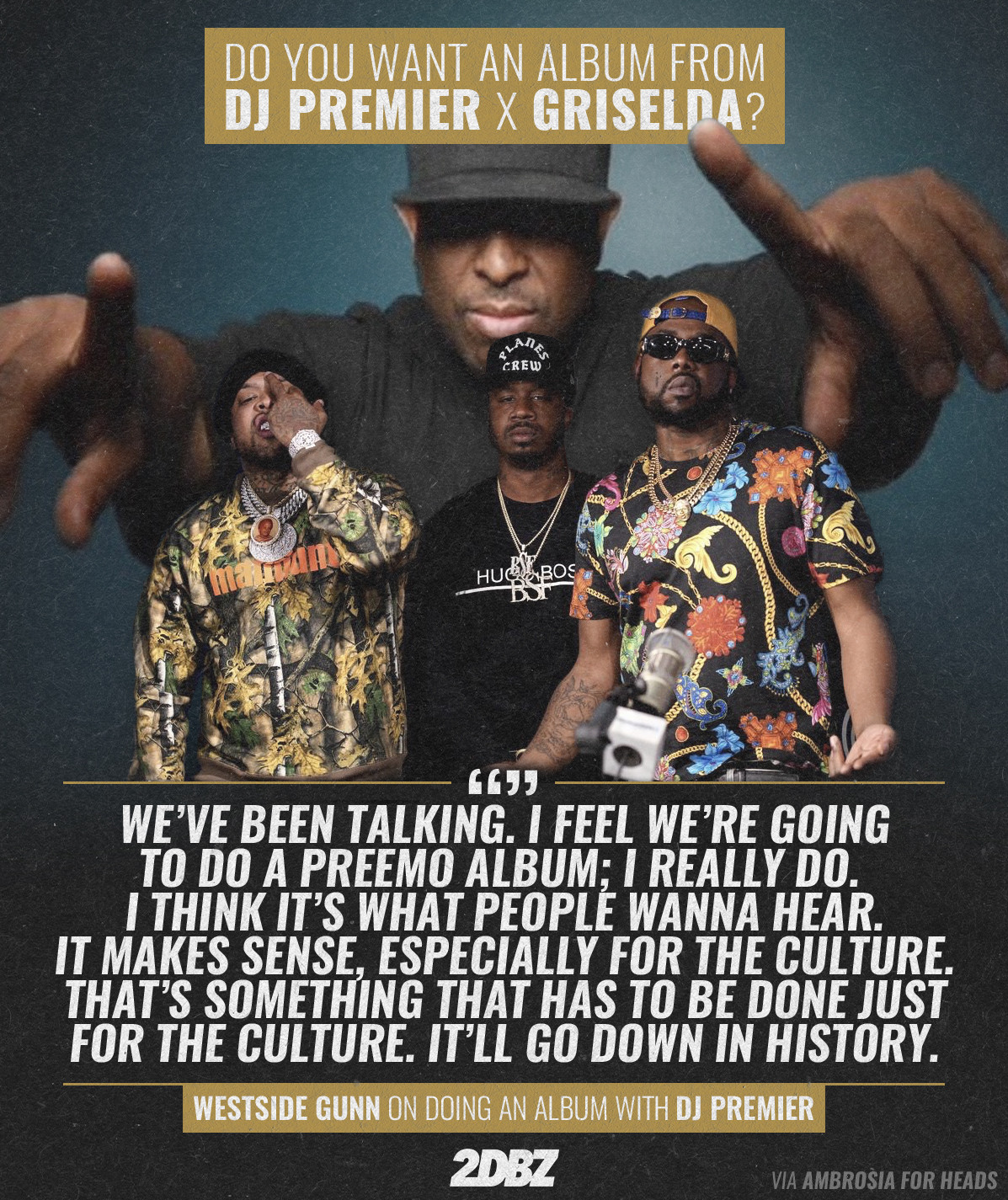 Do we want this album? The only answer is: Hell YES!

Future Announces ‘Save Me’ EP