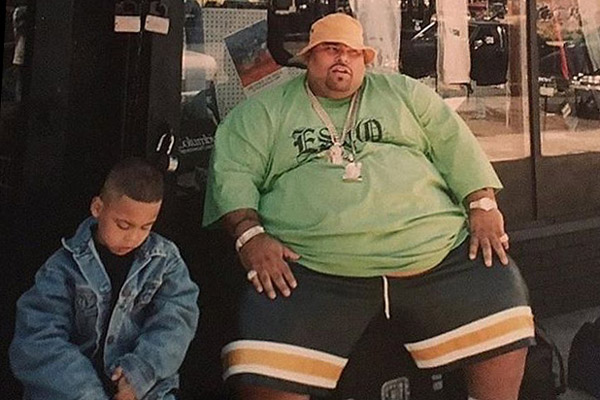 Being the son of Big Pun can be a gift and a curse.

Having the blood of a Hip-Hop legend coursing through his veins, Chris Rivers may have had an easier time getting his foot in the door, but the size of the shadow his pops left is so large that it wouldn’t be surprising if it was too much to overcome.

Thankfully, Rivers had the patience and drive to withstand it all and continue showing and proving every step of the way throughout his young career. And with his new single, “Sincerely Me,” the Bronx emcee takes time out to pay homage to his father (who passed when he was just 5-years-old) and catch him up on all that he’s missed.

“‘Sincerely Me’ is a heartfelt homage that I used as a letter to my father, Big Pun. I wanted to tell him about my life and the things I have been dealing with since his passing,”told VIBE. “My emotions range from forgiveness, hardships to triumph. It’s a lyrically compact display that I feel shows my growth as both a human and as an artist.”

The song arrives with the announcement of Rivers’ next album, G.I.T.U. (Greatest In The Universe), which will be released August 16th via Melloa Music Group.

“G.I.T.U. is a title that fully encompasses the feel of this body of work, because it traverses my mental state, loves had and lost, stories of overcoming obstacles; both internal and external while learning to love myself and becoming the best version of who I could be,” Chris said. “Both as a person and an artist, this record breaks through the boundaries of my personal limitations. Everyone’s world is their own, everyone has their own universe that they are in control of. And in mine—I’m undoubtedly the Greatest in The Universe.”

Press play on “Sincerely Me” below and lookout for the album.