Mayer Hawthorne and Jake One have done it again.

Although it didn’t arrive in March like we originally thought, the LA-based R&B/soul singer and Seattle producer–together as Tuxedo–have maintained their “every two year” schedule with the release of their third album, Tuxedo III.

Check out the tracklist, press play, and be sure to add Tuxedo III on your preferred streaming platform. Keep scrolling for tour dates, too. 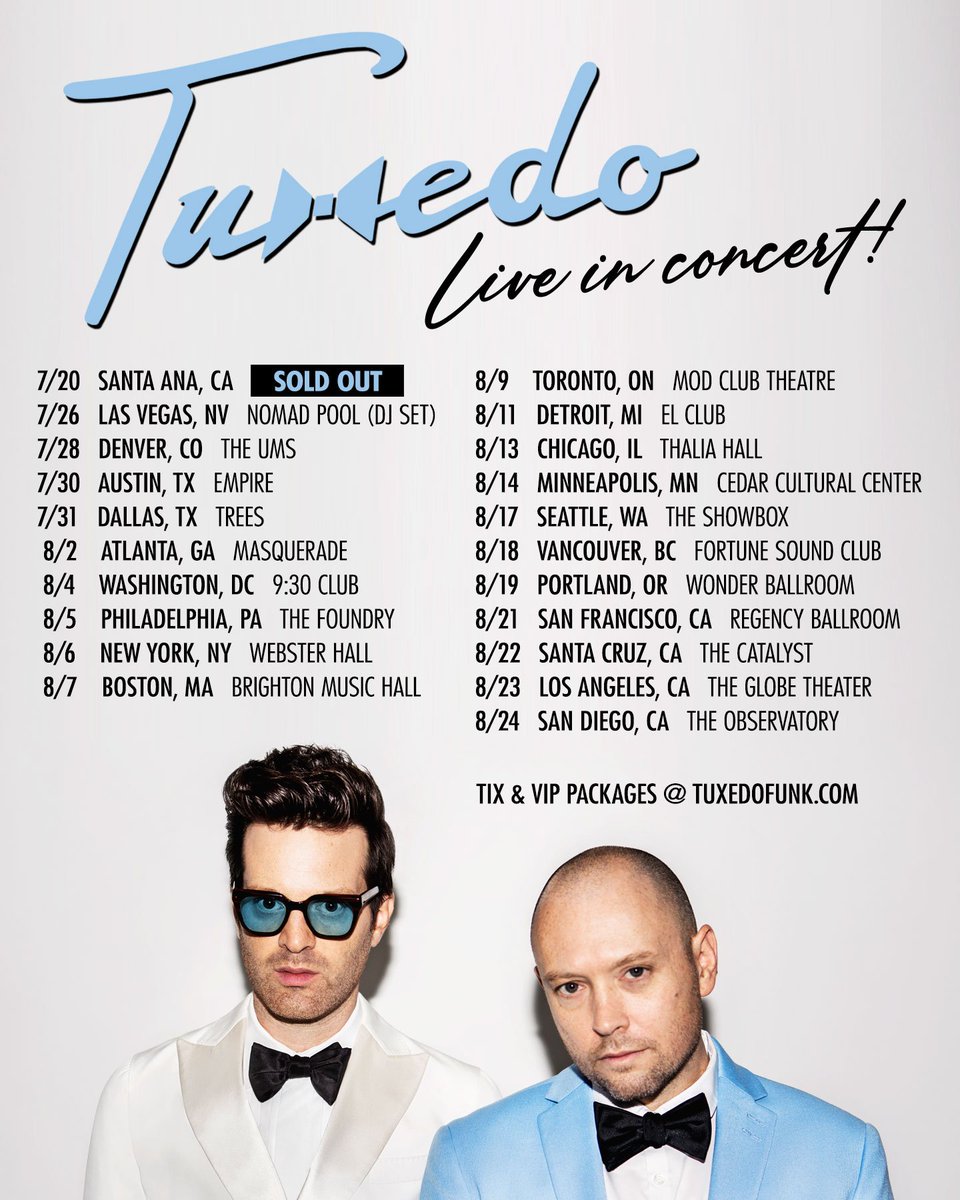 Leon Bridges – “That Was Yesterday”