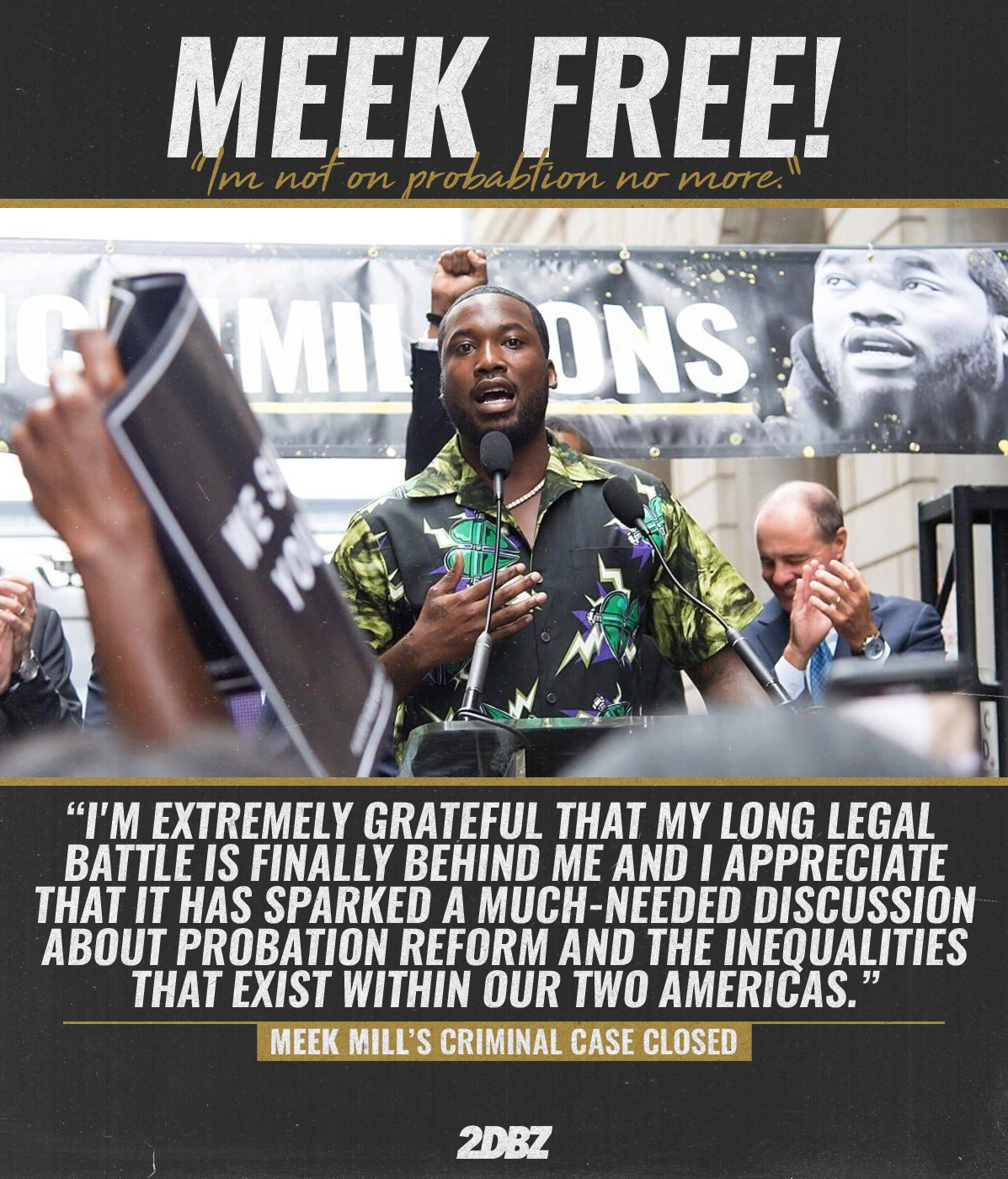 After 12 years in the system, Meek Mill is finally a FREE man.

Back in July, following a very long and arduous legal battle, Meek’s 2008 conviction in a drug and gun case was thrown out and he was given the right to a new trial thanks to evidence of “alleged” police corruption.

Now, during a court hearing Tuesday (8/27) morning, Common Pleas Court Judge Leon Tucker agreed to let Mill plead guilty to illegal possession of a firearm and the Philadelphia District Attorney’s Office dropped all other charges against him–leaving the Philly rapper with no further penalty as part of the plea agreement with prosecutors. [viaPhilly Inquirer]

“I’m extremely grateful that my long legal battle is finally behind me and I appreciate that it has sparked a much-needed discussion about probation reform and the inequalities that exist within our two Americas,” Meek said in a statement following the ruling. “I have always told the truth – that as a teenager, who saw many around me die from senseless gun violence, I carried a gun for protection. I take responsibility for that and, in conjunction with my work on the REFORM Alliance, I’ll continue to use my platform to make communities safer and reform our criminal justice system.”