It’s been a few years since FKA twigs released new music (her debut album LP1, came in 2014; her last EP, M3LL155X, was in 2015). However, she broke that hiatus with “Cellophane” back in April, which served as the first single from her upcoming sophomore album, Magdalene, dropping October 25th.

The eclectic and enigmatic artist now follows things up with “Holy Terrain,” a Future-assisted track with production from Jack Antonoff and Skrillex.

Check out the FKA and Nick Walker-directed video below. 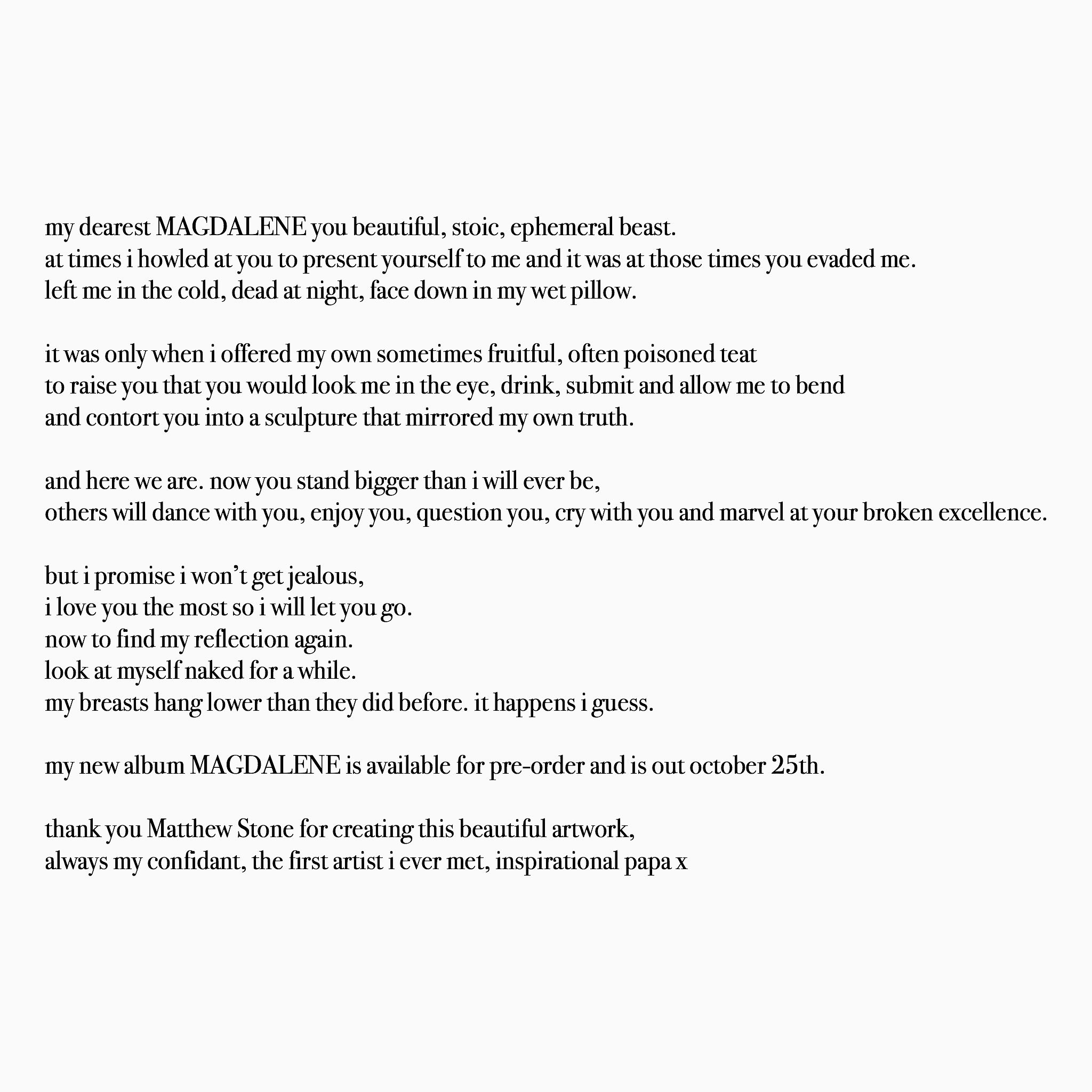 Oh, and here’s some wonderful bonus content, just because…