Nearly seven years after its release, the Compton rapper’s coming of age tale is still charting and came in at No.141 on the Billboard 200 this week.

While the number itself might not scream for attention, this marks the 358th straight week on the charts–which now stands as the longest charting hip-hop album of all time, surpassing Eminem’s The Eminem Show.

Back on the fifth anniversary, Eminem commented on Kendrick’s album, calling it a “masterpiece.” 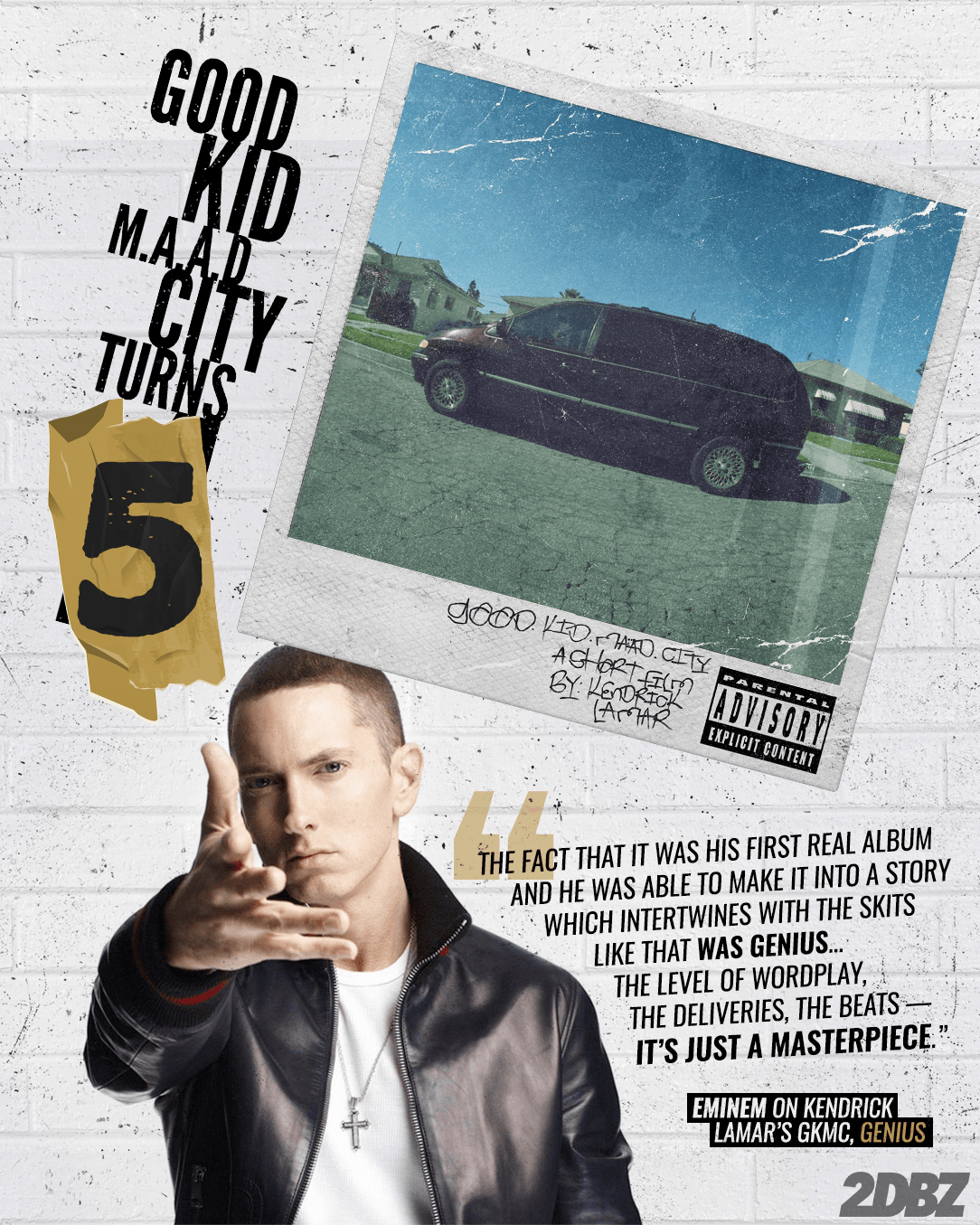