On February 23, 1999, The Roots performed what many consider to be their best album, Things Fall Apart.

While the standard version features the original album, a third LP of bonus tracks curated by Questlove, a 24-page booklet featuring rare photos, retrospective essays by Black Thought and Questlove and track-by-track liner notes from Questlove, the clear version features all of the above, a die-cut slipcase of the primary cover art plus the 4 original alternate covers as interchangeable lithos with foil stamp numbering plus a sixth, brand new bonus cover. 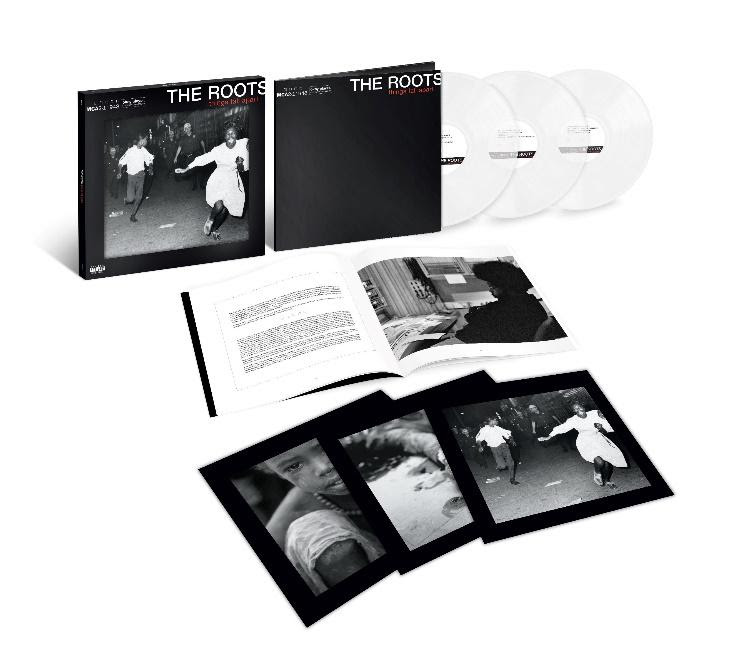 The standard version will hit for $65, while the deluxe edition costs $99.

As such, the project will be digitally re-released too. Some of the bonus tracks, including the previously-shelved “New Years @ Jay Dee’s,” is finally out for regular, non-bootleg consumption.