For the last three years, The Game has been putting in work on his “final” album,  Born 2 Rap. And now, after a couple questionable promotional moves (branded condoms), the Compton rapper has finally come through–dropping in the midst of a crazy Black Friday line-up.

“I’ve had a great run and surpassed my rap goals along time ago,” The Game says. “It’s by God’s grace that I’m able to still be here to deliver full projects at this caliber in an industry where I’ve seen artists come and go. It will always be ‘quality’ over ‘quantity’ from where I stand. The REAL music will always prevail and this album will cap off an amazing run… I put everything I had into this album. My true fans deserve this classic.” 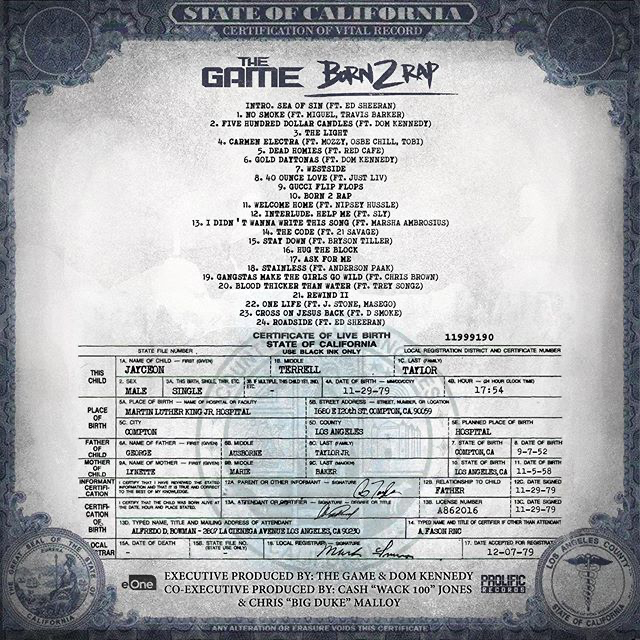 Press play below and if you like what you hear, be sure to add The Game’s Born 2 Rap on your preferred streaming platform.

Statik Selektah & Paul Wall Team Up for ‘Give Thanks’ Project

The Weeknd Doubles Back With “Blinding Lights” Single