TDE is ready for another run—with Reason leading the charge.

After spending the year bodying radio freestyles, getting Ab-Soul to resurface on a pair of bangers, plotting on Top Dawg and J. Cole while teasing a joint project with Cozz, popping sh*t with ScHoolboy Q and breaking down what his last 24 hours would be like, the Carson, CA is back in action with the release of his official Top Dawg debut, New Beginnings.

Locked in at 14 tracks, the album is equipped with features from Ab-Soul (“Flick It Up“), Isaiah Rashad and J.I.D (on the same track!), ScHoolboy Q (“Pop Sh*t“), Vince Staples (“Sauce“), Rapsody, Mereba, and Alemeda.

On the production side of things, there’s beats by Kal Banx, !llmind, S1, Bizness Boi, Tae Beast, Mike & Keys, Devin Williams, and a few others. 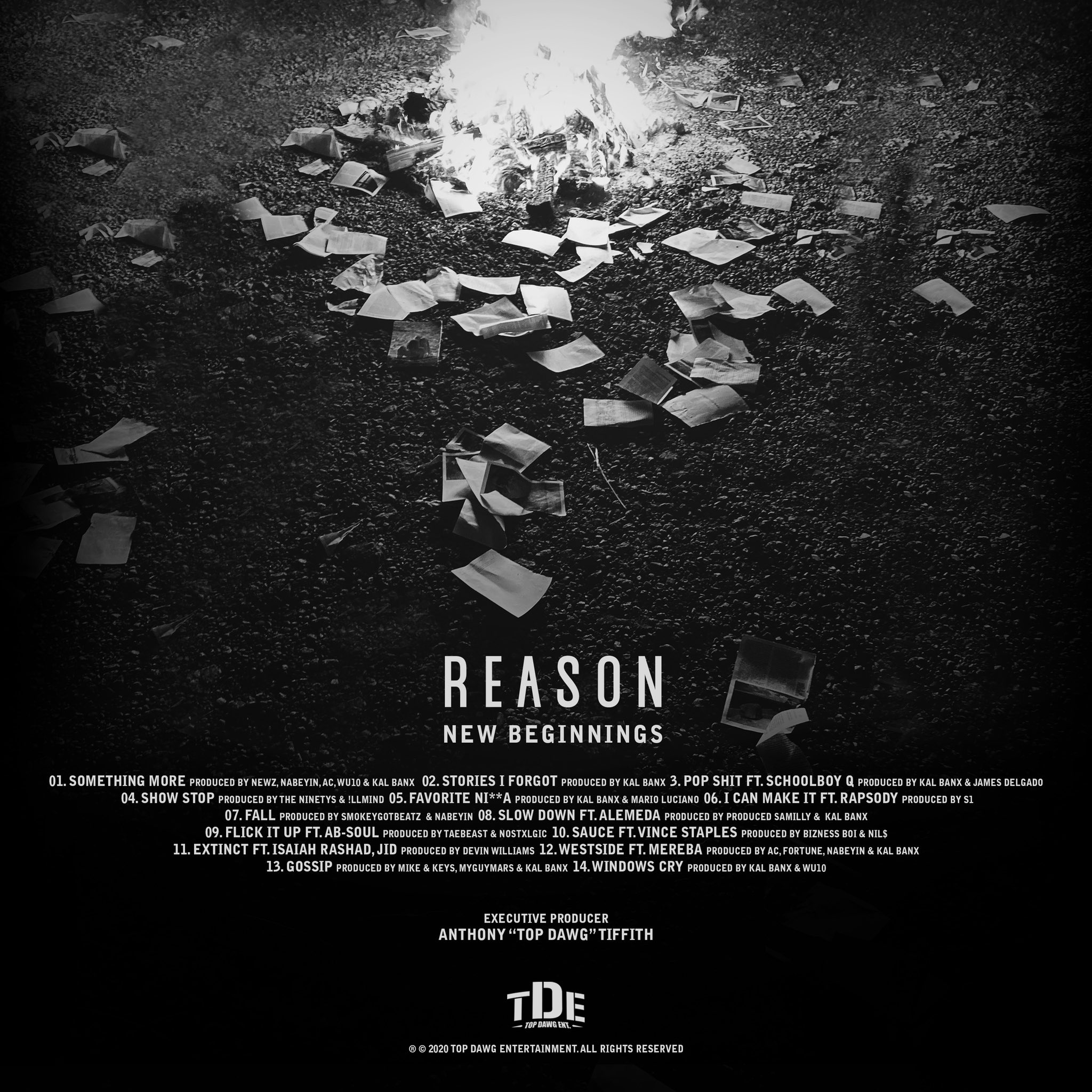 Press play and be sure to add New Beginnings wherever you get music.

O.T. Genasis, Chris Brown & Charlie Wilson – “Back To You”