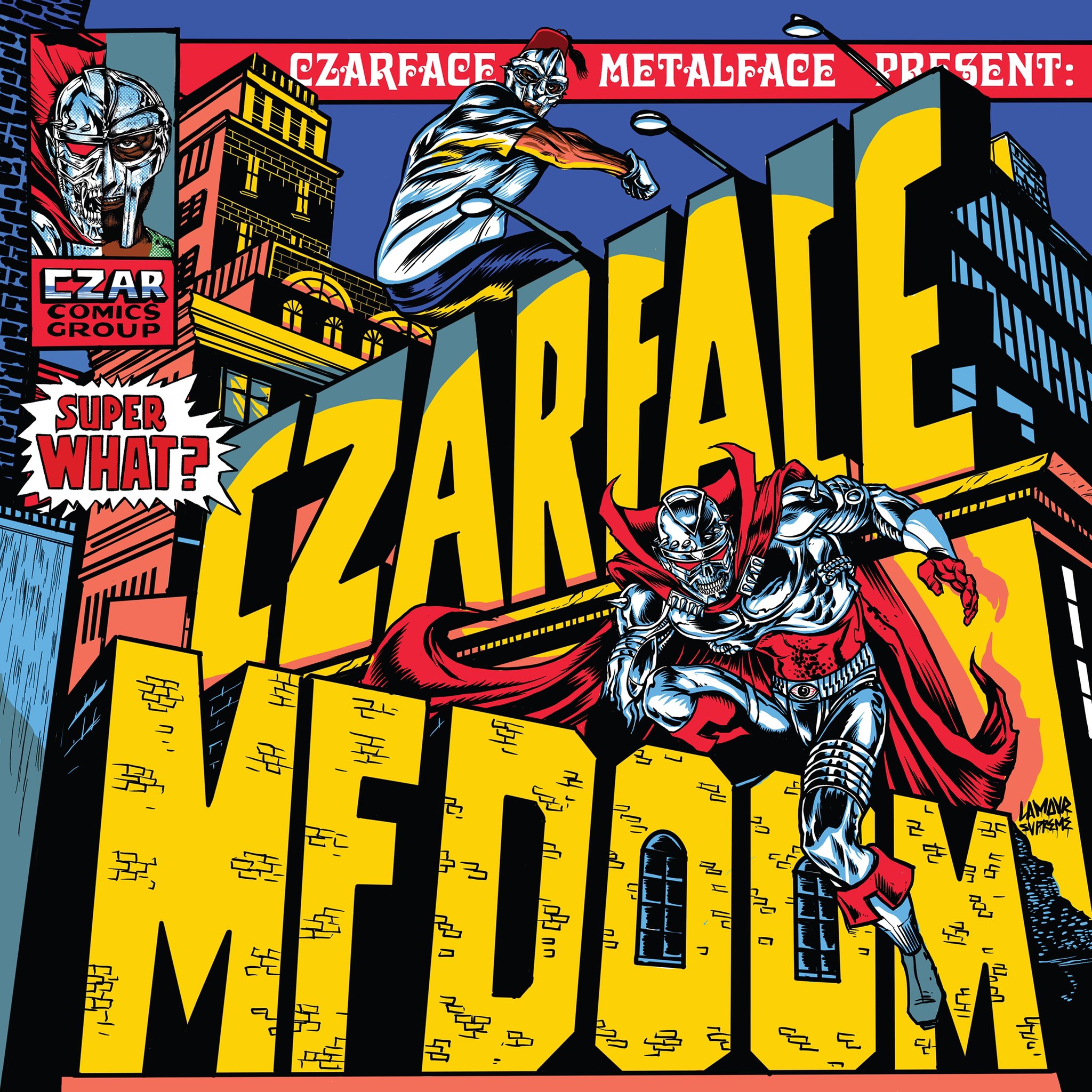 A new album from CZARFACE and MF DOOM has surfaced.

Back in 2018, the trio of 7L & Esoteric and Wu-Tang’s Inspectah Deck teamed up with the masked villain for an album called CZARFACE Meets Metal Face. And now, a few months after the untimely passing of DOOM, we’re blessed with a follow-up album called Super What?.

“Super What?’ was recorded and slated to drop in April of 2020. When COVID-19 struck and the world stopped, we chose to pull it, focus on family, and fine tune a few elements on it,” Esoteric says. “What you’ll be hearing was finalized, mixed and mastered in the summer of 2020, and it’s our honor and privilege to share it with you. I speak for everyone involved when I say we were incredibly fortunate to have collaborated with DOOM… he was a one-of-a-kind, never-to-be-duplicated emcee, producer, and visionary. We wish peace and healing to his family, friends and everyone touched by the gifts he shared with the planet. MF DOOM FOREVER.”

Split into two halves, the “DOOM Side” and the “CZAR Side,” the project features appearances from DMC (of Run-DMC), Hieroglyphics’ rep Del the Funky Homosapien, and a few others. The It’s also got some fantastic cover art, done by the talented LAmour Supreme.

Press play and be sure to add Super What? wherever you get music.