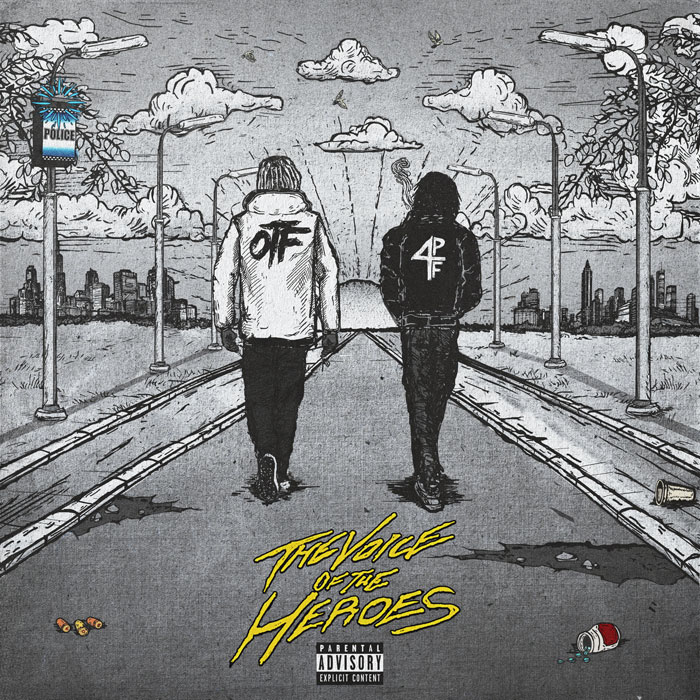 While the trend of collaborative albums (Jack Huncho, Kids See Ghosts, MihTy, among countless others) has quelled over the years, two of rap’s most exciting stars look to provide another jolt of energy back to the sub-genre.

Both coming off impressive 2020 runs – with Lil Baby basically ruling the rap game with My Turn and a J. Cole-esque feature run, and Lil Durk climbing to new heights with Just Cause Y’all Waited 2, The Voice, and guest spots on big records from Drake (“Laugh Now Cry Later”) and Pooh Shiesty (“Back in Blood”) – the Atlanta to Chicago connection have teamed up to release their new album, The Voice of the Heroes.

“Me and Durk been locked in every night,” Lil Baby revealed in March. “God damn, that’s the one. When it comes to that street sh*t, the streets is like, we the voices and the heroes of this sh*t, you know what I’m saying? Kids look at us like heroes. I know they look at me like one and Durk, too. That ni**a been holding it down for a minute.”

Locked in with 18 tracks, the album comes equipped with features from Travis Scott, Meek Mill, Young Thug, and Rod Wave. Press play and be sure to add The Voice of the Heroes wherever you get music.

Lloyd Banks Returns with New Album, ‘The Course of the Inevitable’