Summer Walker Returns With ‘Still Over It’ Album Summer Walker has returned with her sophomore album, Still Over It. The sequel to her 2019 debut album Over It, the project will come following her own tumultuous times (a failed relationship with her child’s father, depression, and social anxiety: a trifecta!).

Over It plays like a concept album (see: John Legend’s Get Lifted, Kendrick Lamar’s good kid, m.A.A.d city) where each track is a part of an entire story. Locked in at 20 tracks, including “Ex For A Reason” with JT of City Girls, and features from SZA, Ari Lennox, Pharrell, Lil Durk, Omarion, and Ciara. 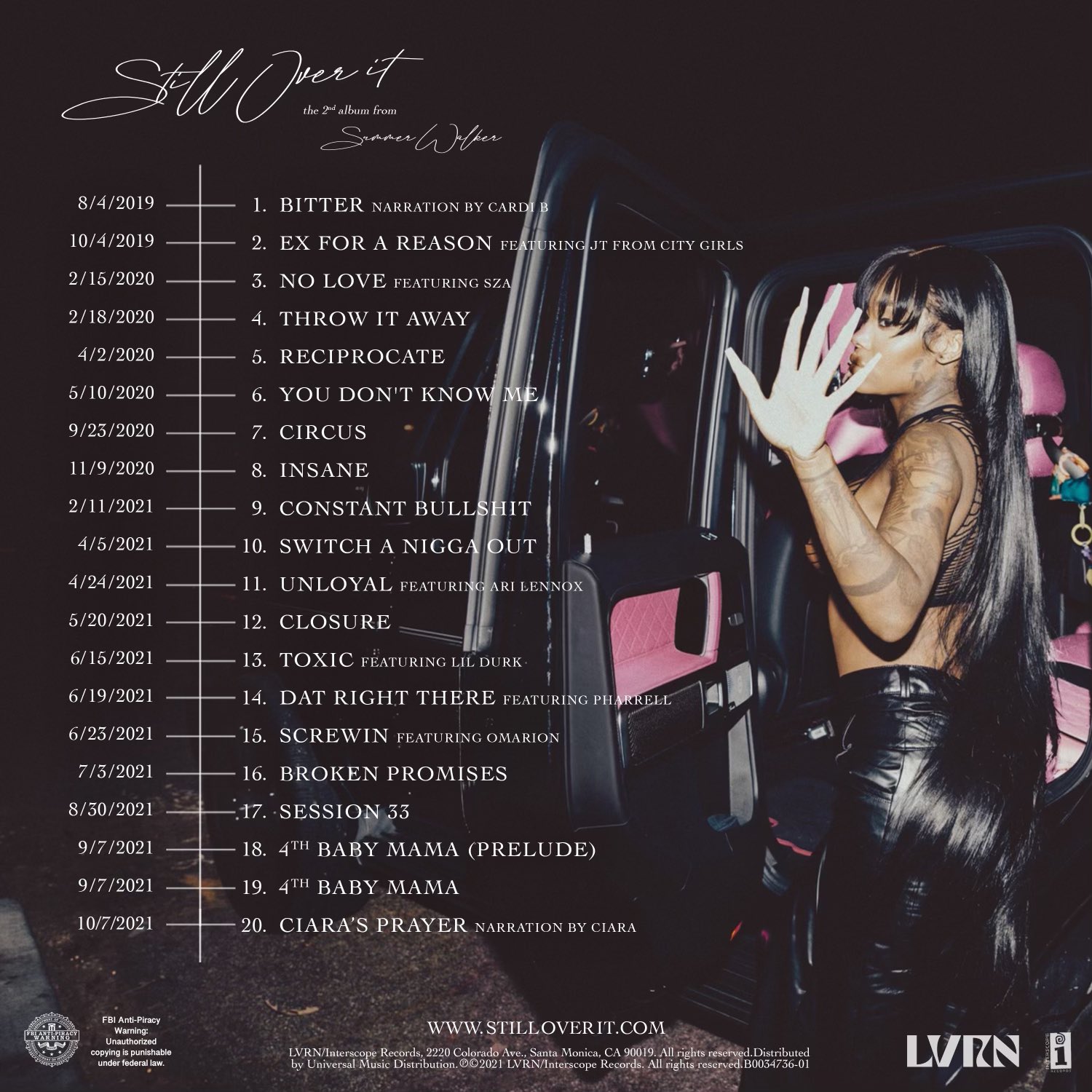 Press play and be sure to add Still Over It wherever you get music.

Post Malone & The Weeknd Unite for “One Right Now” Single