Terrace Martin is back with a new collection of music – and, to be honest, we’re all better people because of it.

After spending the last year and change rocking with his Dinner Party bandmates, the gifted musician is back sharing the Sounds of Crenshaw with the release of his new solo album, DRONES.

Inspired by a discussion with Kendrick Lamar about the growing desensitization and a general lack of compassion amongst society the week after To Pimp A Butterfly was released, Martin went on to speak with friends, neighbors and collaborators about the environment, technology, and the overall state of the world. The album was created in an effort to balance an unmasking and celebration of the lived Black American experience, in which he describes as “Black Disneyland.”

“There are touches of R&B, touches of jazz, touches of hip-hop, touches of classical, Cuban music, West African music, house music,” Martin shares about the album’s soundscape. “You’re going to hear all elements of Black music within this record. It’s not one element I can leave out if I call myself a true Black artist.” 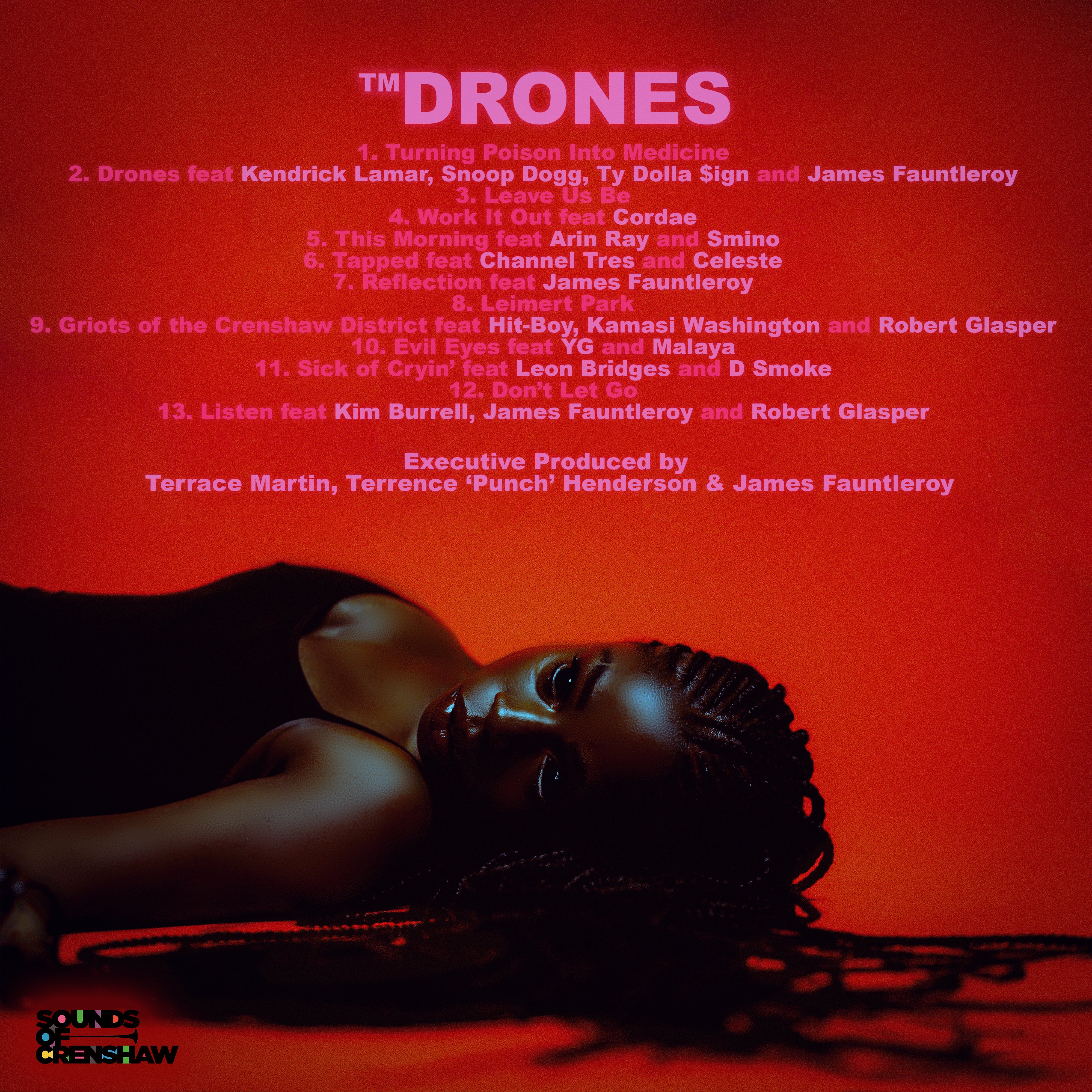 Press play and be sure to add DRONES wherever you get music.