2 Chainz Is Back With New Album, ‘Dope Don’t Sell Itself’ It’s been two years since he’s dropped an album, but 2 Chainz officially back in action with his seventh studio release, Dope Don’t Sell Itself.

“Its been a min I know, but I’m back with something new and exotic,” the Atlanta native said on Instagram. “U know I ain’t been around this long w/o being a thinker and a constant student and teacher of the game.”

After kicking things off on a “Million Dollars Worth of Game” with 42 Dugg and following it up with some “Pop Music” featuring Moneybagg Yo and Beatking, Chainz comes through with an additional 10 tracks with contributions from Lil Baby, Roddy Ricch, Mannie Fresh, Lil Durk, NBA Youngboy, Swae Lee, and more. Oh, and the song with Stove God Cooks and Symba? It’s an absolute monster – even with the terrible choice in song titles. 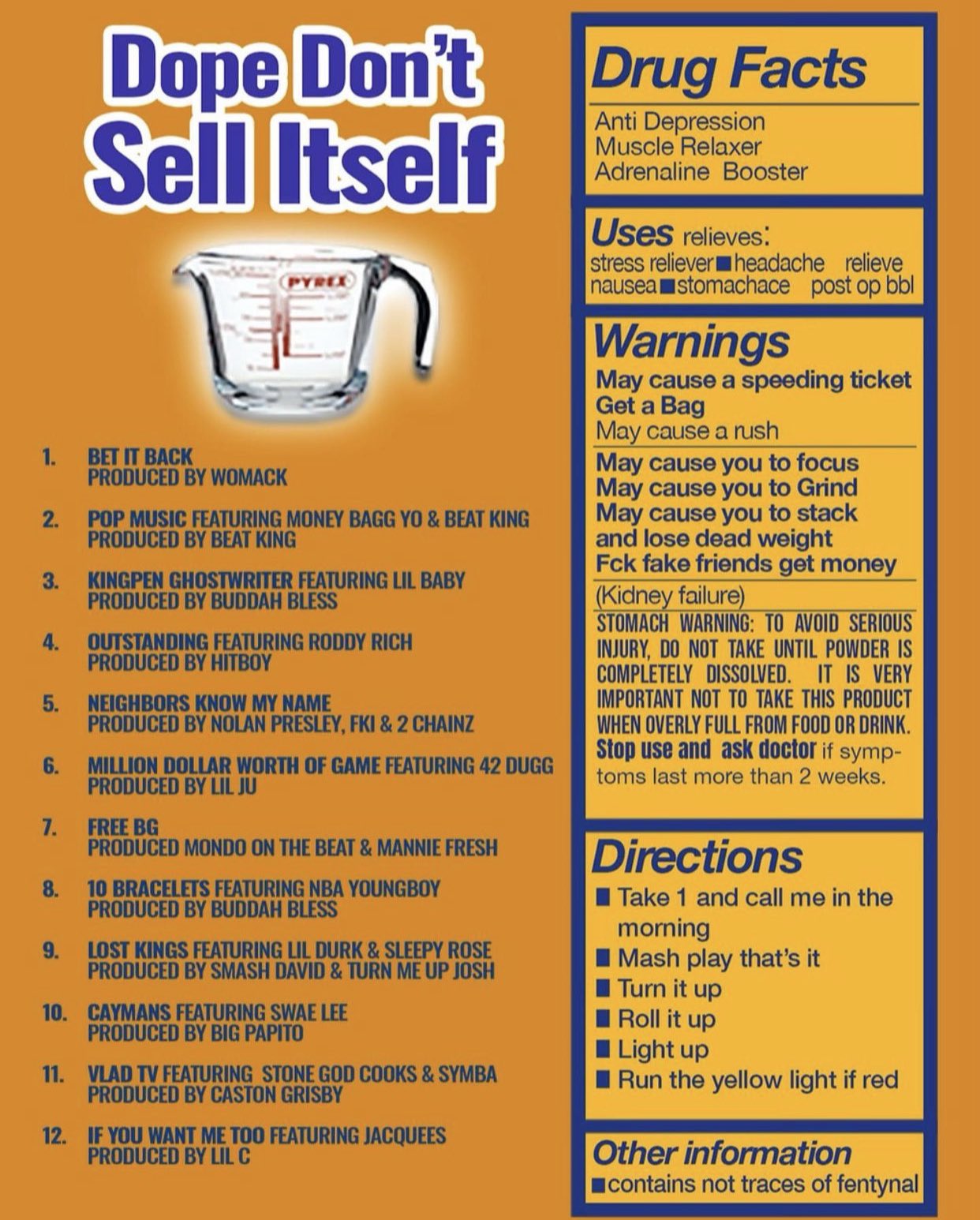 Press play below and be sure to add Dope Don’t Sell Itself wherever you get music.