Back in 2017, Montreal-based producer Nicholas Craven released his Craven N project which featured tracks with Roc Marciano, the Griselda trio, and Planet Asia. Two years later, he doubled back with Craven N 2 featuring Mach-Hommy, Styles P, Ransom, and others. And now, following an epic run with Ransom, a couple loose bangers, and work on Westside Gunn’s HWH8, Craven’s back with a third installment to the series. 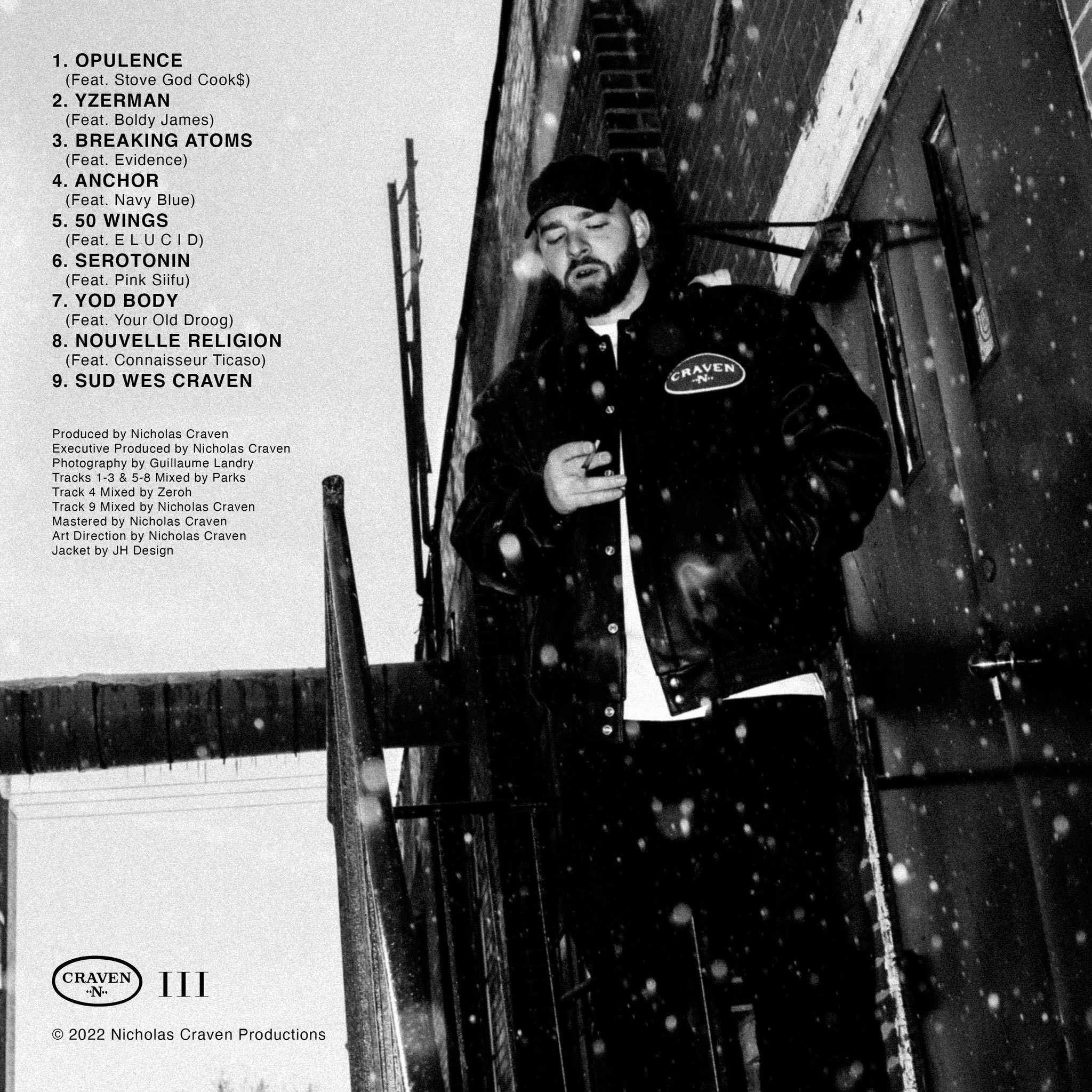 Press play below and be sure to add Craven N 3 wherever you get music.