Nearly three years after dropping their Mirrorland debut, EarthGang are finally back with their second Dreamville album, Ghetto Gods.

“I’m telling my story and my family’s story,” WowGr8 told NPR. “I’m telling the stories of a lot of my homies I’ve reconnected with since I’ve been back home and honestly, more folks from my childhood than ever, from over the past two years. Everybody ain’t have the same ride that I’ve had to get to this point. I’m the only person from my street, and probably within a good 20- to 30-mile radius, that’s been the places I’ve been and done what I’ve done. I’m sharing those stories, and they’re telling me that so-and-so died, so-and-so got locked up, they had a baby, they got married.”

“You start to see how the last two years have drastically changed everybody,” Olu added. “With a lot of the people I grew up with, they look at us like, ‘You guys are still doing what you’ve been doing since before the pandemic.’ But on the flip side, I’m finding that they are getting more in tune with themselves. It’s not just like, ‘I gotta get a job’ or ‘I’m scrambling.’ What do I really want out of life? Who am I? That’s the ‘god’ aspect of this project. And that has helped me find my true self. That has been a really cool thing to find among my people. I feel like everyone has been forced to look at the mirror and find the god within themselves if they look long enough.”

After jump starting the campaign with an “American Horror Story” and following it up with “All Eyes On Us” – which continued the theme of documenting the injustices and hardships of living as Black men in America – EarthGang also shared the Musiq Soulchild-assisted “AMEN” ahead of the album’s release. But now, the entire project is available for the world to hear. Equipped with 16 tracks in total, Ghetto Gods has features from J. Cole, Future, J.I.D, Ari Lennox, 2 Chainz, Cee-Lo, Baby Tate, Nick Cannon, and Vynae Vanee. 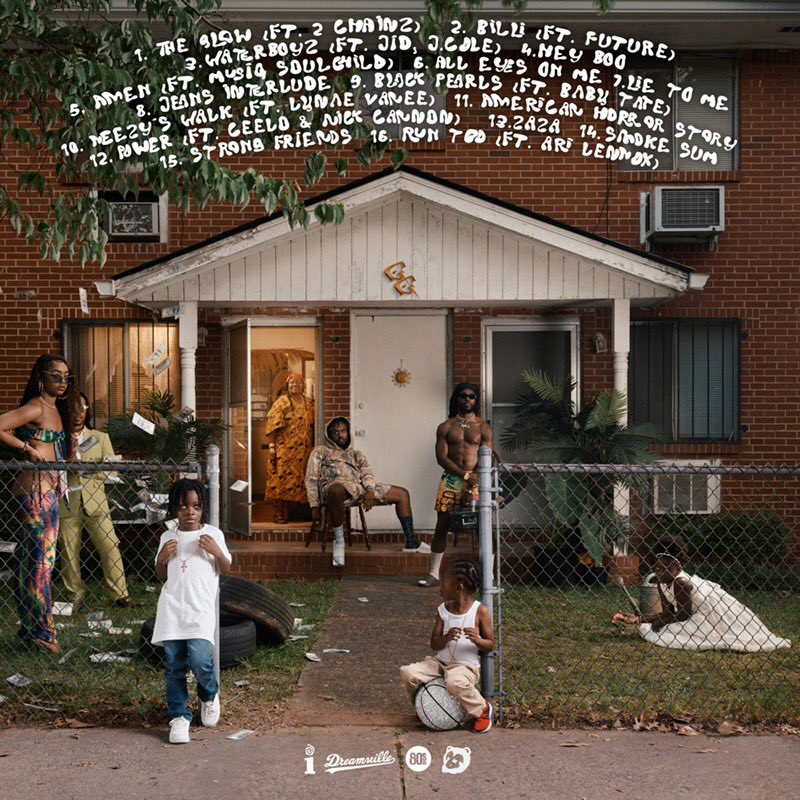 Press play below and add Ghetto Gods wherever you get music.