Denzel Curry is back in business.

After teaming up with Kenny Beats for their Unlocked project in 2020 (and remixing it eight months later), the gifted Carol City rapper is back at the DopeHouse with the release of his new album, Melt My Eyez, See Your Future – his first solo release since 2019’s ZUU.

“Throughout this past two years, the only thing I had was myself in this,” Denzel told Zane Lowe on Apple Music. “I had friendships that messed up and I had to go through experiences where I had to look at myself raw, face to face. It was just me in the mirror. So with that time that I spent within these two years, I was in therapy and I was in martial arts and I was watching movies a lot, working on the comic and working on this album all at the same time. So with everything that was happening in my life, I lost a few friends that I’m not close to anymore. And basically all this stuff that I’m writing on this album is experiences I had during COVID when we were quarantined.” 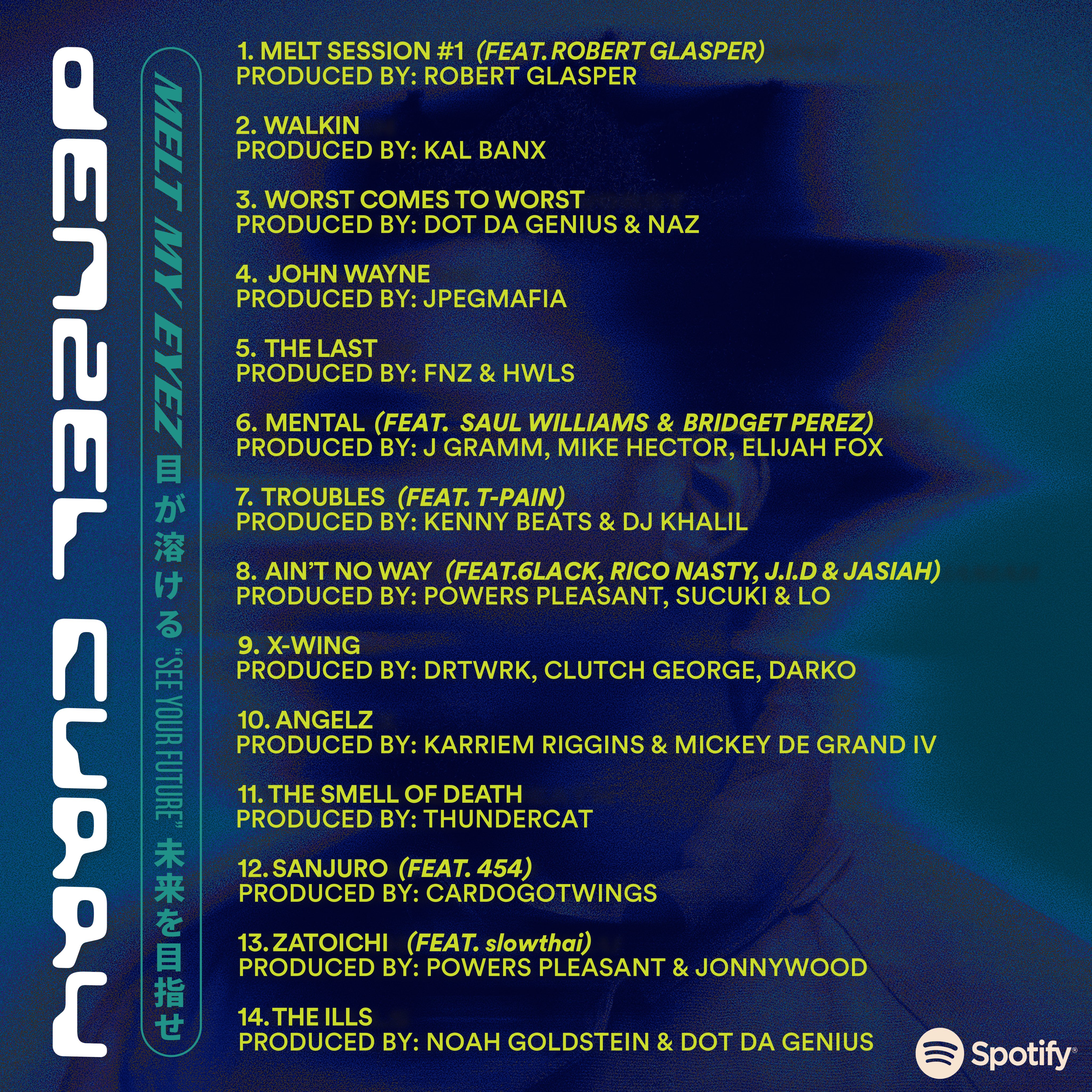 Press play and be sure to add the album wherever you get music.

Cardi B Joins Summer Walker & SZA On “No Love” Remix