After setting things off in 2019 – where I was able to snap the above photo of J. Cole – the Day N Vegas Festival is officially back in Sin City for a third rendition of its highly-touted event.

Going down the weekend of September 2-4, the three-day event will be headlined by SZA (Friday), J. Cole (Saturday) and Travis Scott (Sunday) – who will be making his official return to a festival stage following the tragedy that occurred during his Astroworld festival last year.

Check out the full lineup below and get your tickets here. 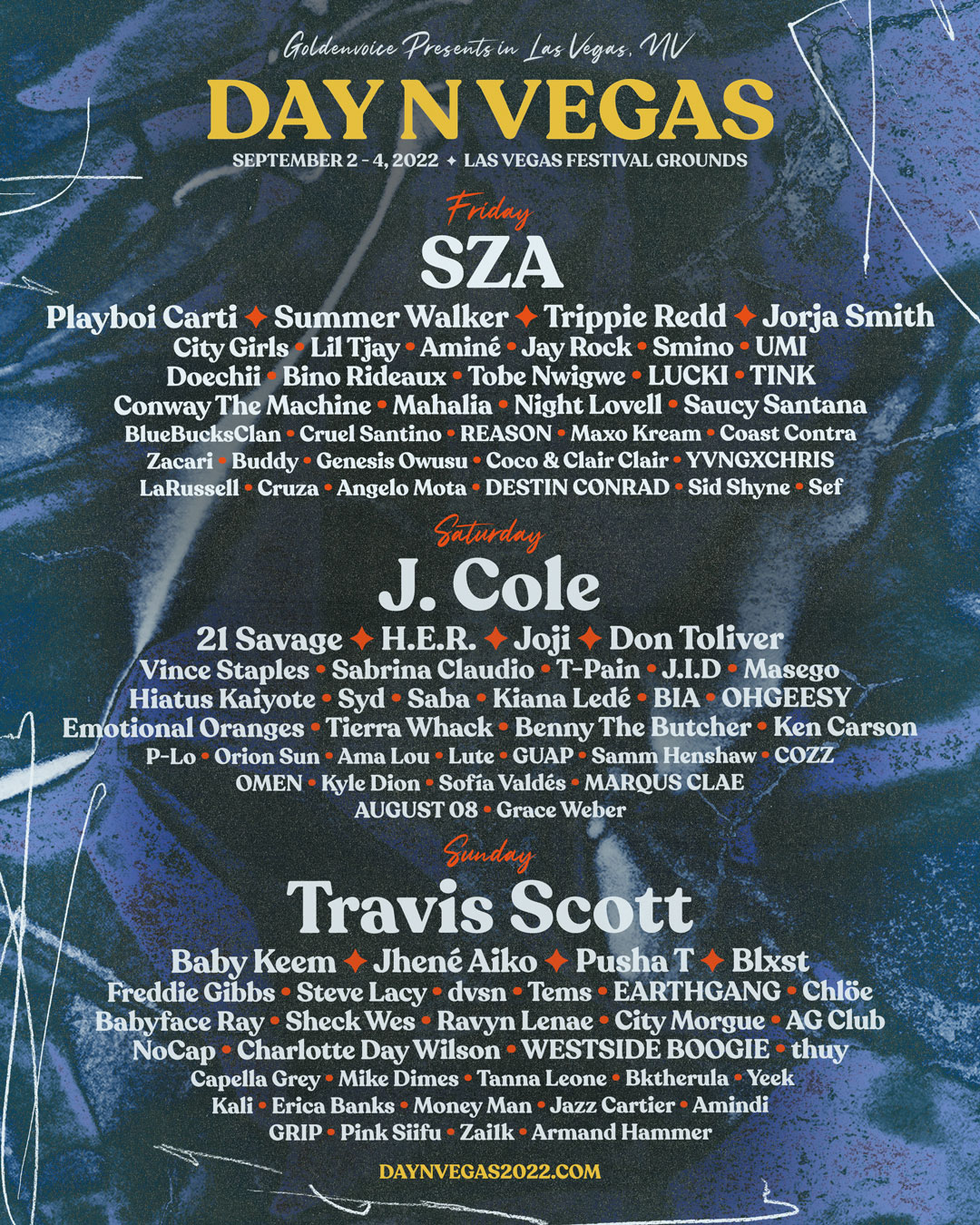