Fetty Wap is set to headline a tour that with feature Post Malone and fellow Zoo Boy, Monty, as the take their talents (err, that’s a bit of a stretch) across America for 22 dates in February and March. Fetty had himself quite the 2015 releasing his self-titled debut LP after smash hits like “Trap Queen” and “679” neared the top of the charts, and his 2016 will start off in equally hot fashion. Post, who hasn’t quite capitalized on the buzz from “White Iverson,” will look to finally do so in 2016 as well, and this tour may help give him a bump.

Starting in Maryland, the Monster and Outbreak-sponsored Welcome To The Zoo Tour will makes its way through 21 cities before ending in Cincinnati. Tickets will be available on Ticketmaster on Wednesday.

Check out the full list of dates below. There will be no shortage of inaudibleness and radio singles on the Welcome To The Zoo Tour. 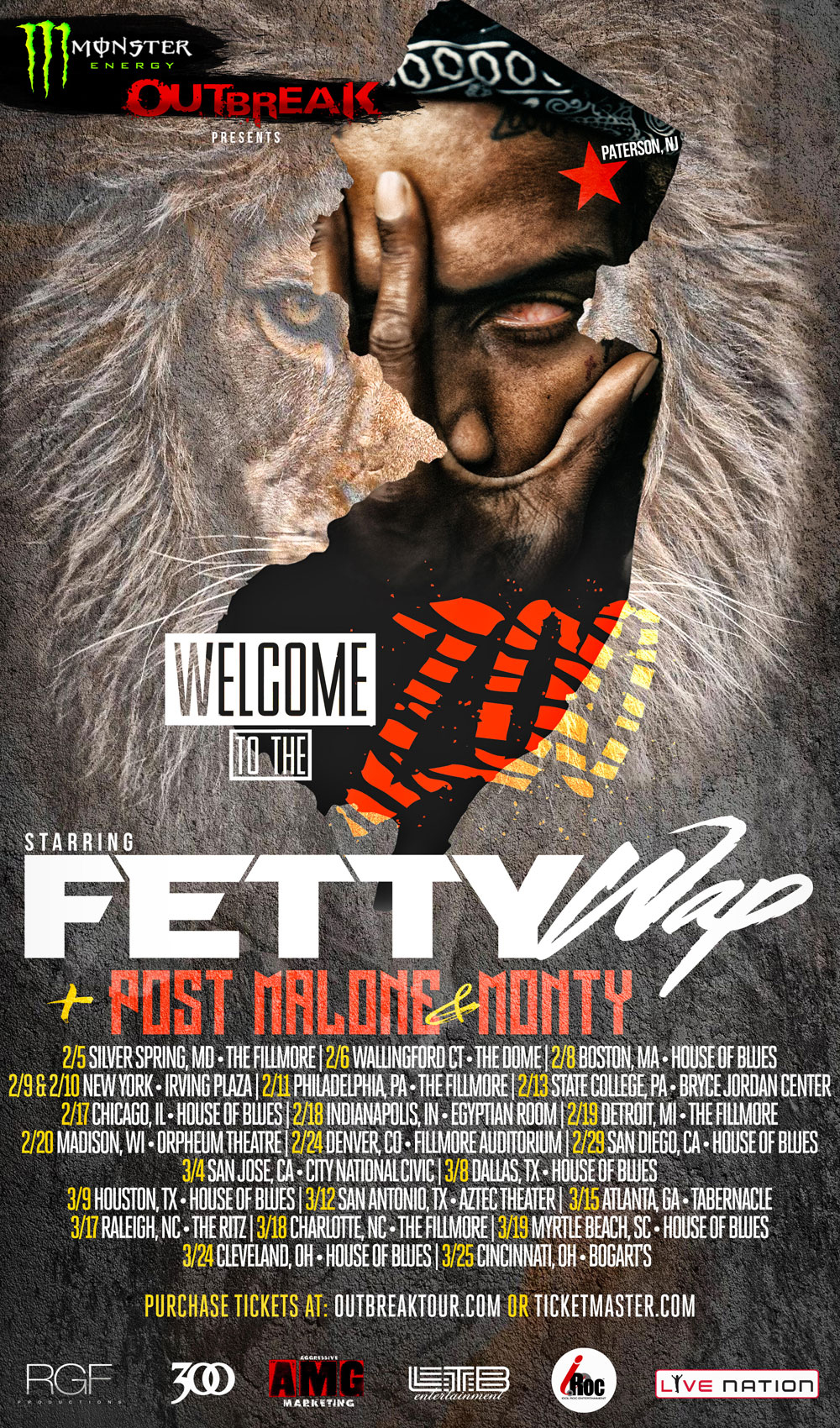