Back in late July, Jermaine Dupri reunited with Da Brat — longtime SoSo Def collaborator for many years — with the two returning and sharing a brand new single dubbed “FU Pay Me” guest starring The Dream.

A couple of days ago, the L.A. Leakers (whom also premiered “FU Pay Me”) debuted another fiery new banger, “Alessandro Michele” (a homage to the fashion designer/mogul of the same name), this time bringing Timbaland into the fold as the song’s producer.

Hear it below, and keep it locked for a possible new project from the two in the near future (we’re hopefully guessing?)

Speaking of “Gucci,” I figured I’d throw in this hilarious meme of Jared Leto and his obsession with the brand below. 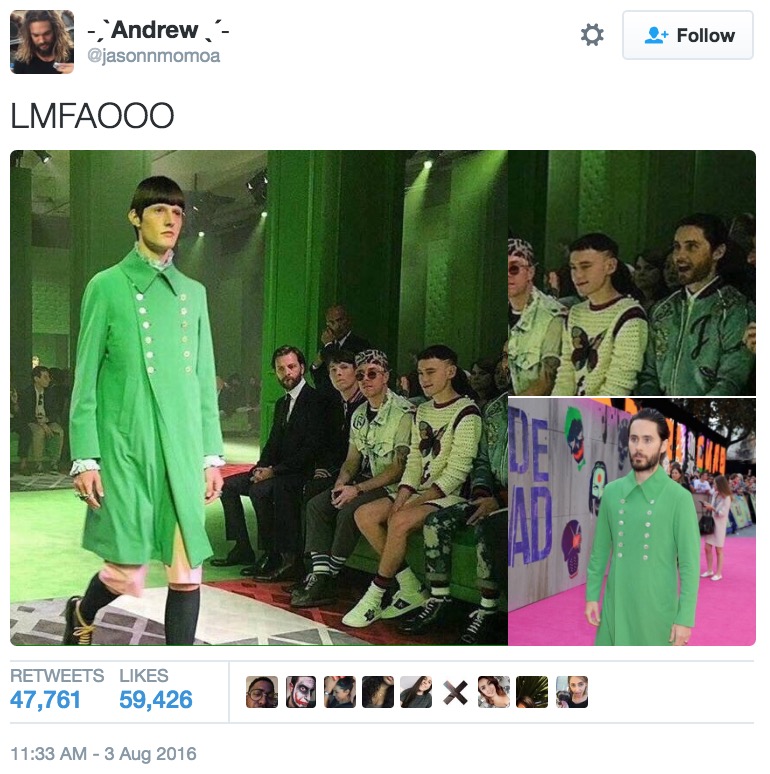