After a few highlight performances on tracks with Nipsey Hussle (“Basic Instinct“), Jay Worthy (“I Ain’t Trippin“), AD (“Strapped“) and Polyester the Saint (“Pinky Rings“), Cali’s G Perico dropped by the DopeHouse earlier this month with a take on a Dr. Dre classic.

Now, with his Shit Don’t Stop mixtape dropping at the end of the month, Perico posts up in “South Central” with fellow natives Jay 305 and T.F. (who you should recognize from ScHoolboy Q’s “Tookie Knows II“).

Check it out below, and keep scrolling for the artwork and tracklist for Shit Don’t Stop — dropping September 30th. 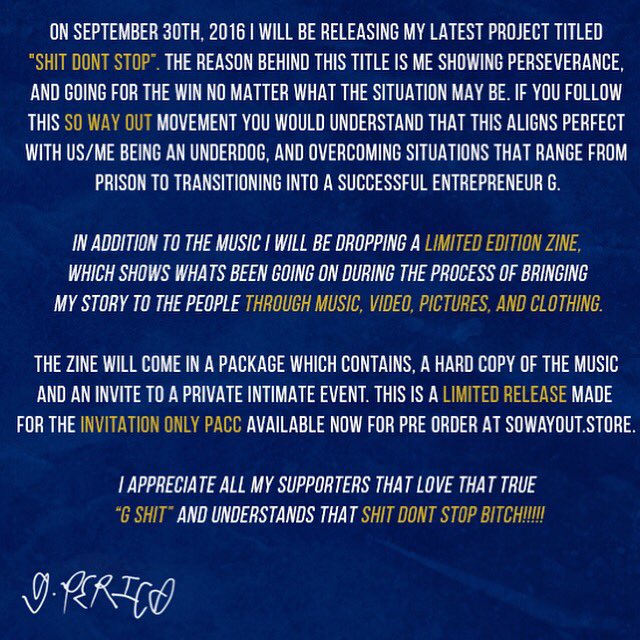