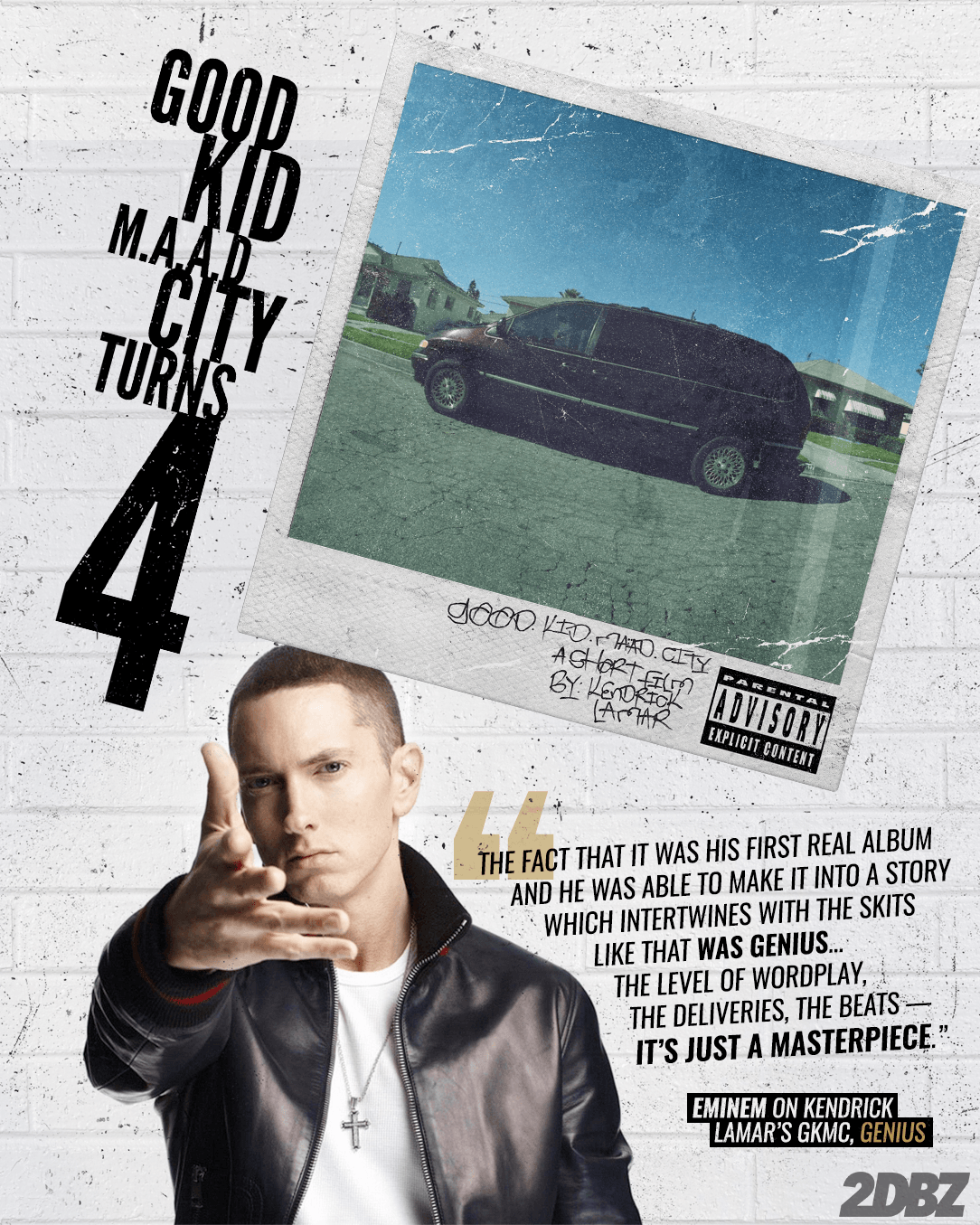 While K. Dot has gone on to become one of hip hop’s biggest stars (and one of music’s top voices), he has always cited both Lil Wayne and Eminem as some of his influences. In his sit-down with Rick Rubin for GQ, he credits Marshall Mathers for helping him develop his lyrical depth and clarity.

As a special addition to the interview, GQ teamed with Genius who would have the likes of jazz musician Herbie Hancock, TDE producer Sounwave and activist DeRay McKesson annotate various portions of the interview. The most surprising, however, came from Em himself.

Fresh from his politically-charged “Campaign Speech,” Slim Shady would return the commendation and call Kendrick’s good kid a masterpiece:

The clarity, I got my clarity just studying Eminem when I was a kid.
― Kendrick Lamar Talks to Rick Rubin About “Alright,” Eminem, and Kendrick’s Next Album | GQ