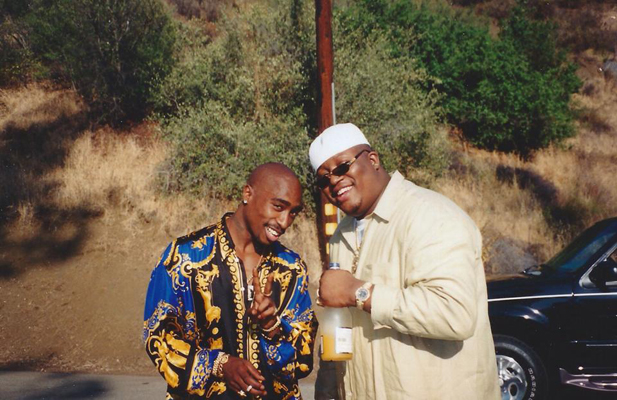 E-40 was one of the few rappers outside of his inner circle that 2Pac considered a close friend. During an appearance on the daytime talk show The Real, the Bay Area legend would regale the hosts of the show with a story about the rapper.

While shooting the music video for his 1996 hit single “Rapper’s Ball” (with Too $hort and Jodeci’s K-Ci), ‘Pac — who made a cameo in the video (he can be spotted as early as the 27-second mark), would reveal to 40 Water that he “had an album for when he died.”

Of course E-40 didn’t think too much of that, as 2Pac was known to basically live in the studio while recording music, but keep in mind that this was in 1996: on September 13th of the same year, he would tragically pass after being shot in Las Vegas. That album could have possibly been his fifth album, The Don Killuminati: The 7 Day Theory, which was released November 5th of the same year.

While this tale is a bit somber, fans of the fallen rapper have a reason to celebrate soon: ‘Pac will be formally inducted into the 2017 Rock & Roll Hall Of Fame in April.