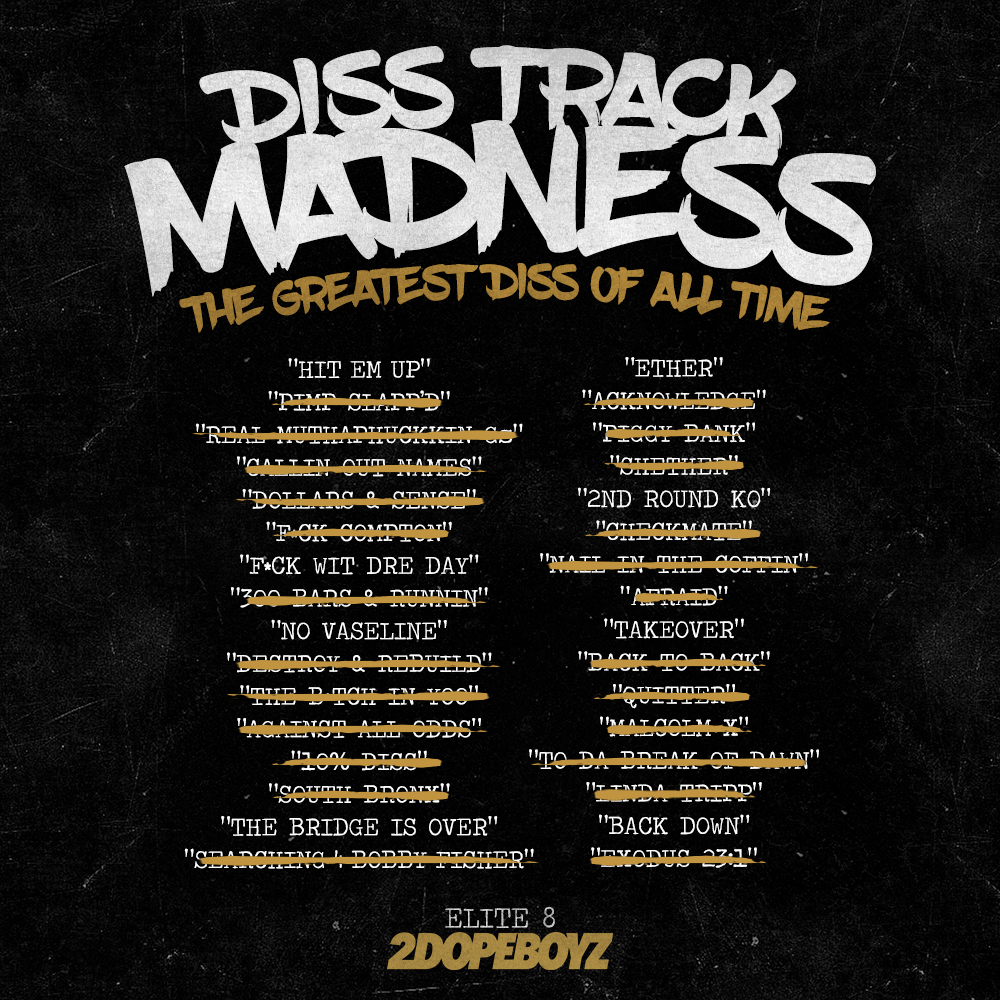 First we cut it to 16, and now, we’re onto the Elite 8 match-ups. Check out how everything stacks up below.

To the surprise of almost nobody, Tupac’s scathing verbal assault known as “Hit Em Up” left Eazy E’s “Real Muthaphukkin G’s” in the proverbial muthaphukkin dust. A clean sweep from The DopeHouse and a one sided shellacking on the fan vote will put Tupac in the Elite 8 against Dr. Dre and Snoop Dogg’s “Fuck Wit Dre Day.” The thinly veiled jab at Eazy E took out DJ Quik’s MC Eiht’s diss “Dollars & Sense” by a pretty wide margin. Do Dr. Dre and Snoop Dogg have any chance of upsetting what is becoming the heavy favorite in the tournament?

Ice Cube’s N.W.A. takedown squeezed by Common’s gut punch by a relatively narrow margin to advance. The DopeHouse was deadlocked on the diss tracks but the fan vote gave the upperhand to Ice Cube, who gains redemption on the song that crushed his glass shield once upon a time. Meeting “No Vaseline” in the Elite 8 is Boogie Down Productions’ classic “The Bridge Is Over.” We damn near saw two Tupac songs advance as “Against All Odds” nearly pulled off the upset. The fan vote gave the edge to BDP by less than 10% of the vote to advance. Which classic diss track will make it to the Final Four? Will it be one man’s destruction of the World’s Most Dangerous Rap Group or KRS-One’s New York supremacy?

The student absolutely annihilated the teacher as Nas’ “Ether” didn’t take too kindly to Remy Ma borrowing for “Shether” and delivered the classic beatdown to advance. A clean sweep from The DopeHouse and a ridiculously savage throttling by the fan vote, where Remy only saw 5% tip their hand to her Nicki Minaj diss. Nas’ opponent had a helluva time getting out of the Sweet 16 as Canibus’ “2nd Round KO” dealt with some early adversity from Eminem’s “Nail In The Coffin” before pulling away. It’s a little redemption for the rhyme animal considering that Eminem verbally dismantled him on “Can-I-Bitch” several years ago. But can Canibus takedown another legend in Nas to advance to the Final Four?

#1 seed Jay-Z had to box his way out of a corner as Royce 5’9” wasn’t going to go away quietly. But Hov’s vicious body shots eventually put “Malcolm X” down and out by a relatively wide margin. Meanwhile, the Cinderella story of Company Flow’s “Linda Tripp” met its demise as it simply couldn’t do enough to overtake 50 Cent’s legendary extinguishing of Ja Rule’s career on “Back Down.”  Jay Z will be the odds on favorite but it’s not a for sure thing that 50 Cent’s career ending knockout blow will be sent home without a fight. 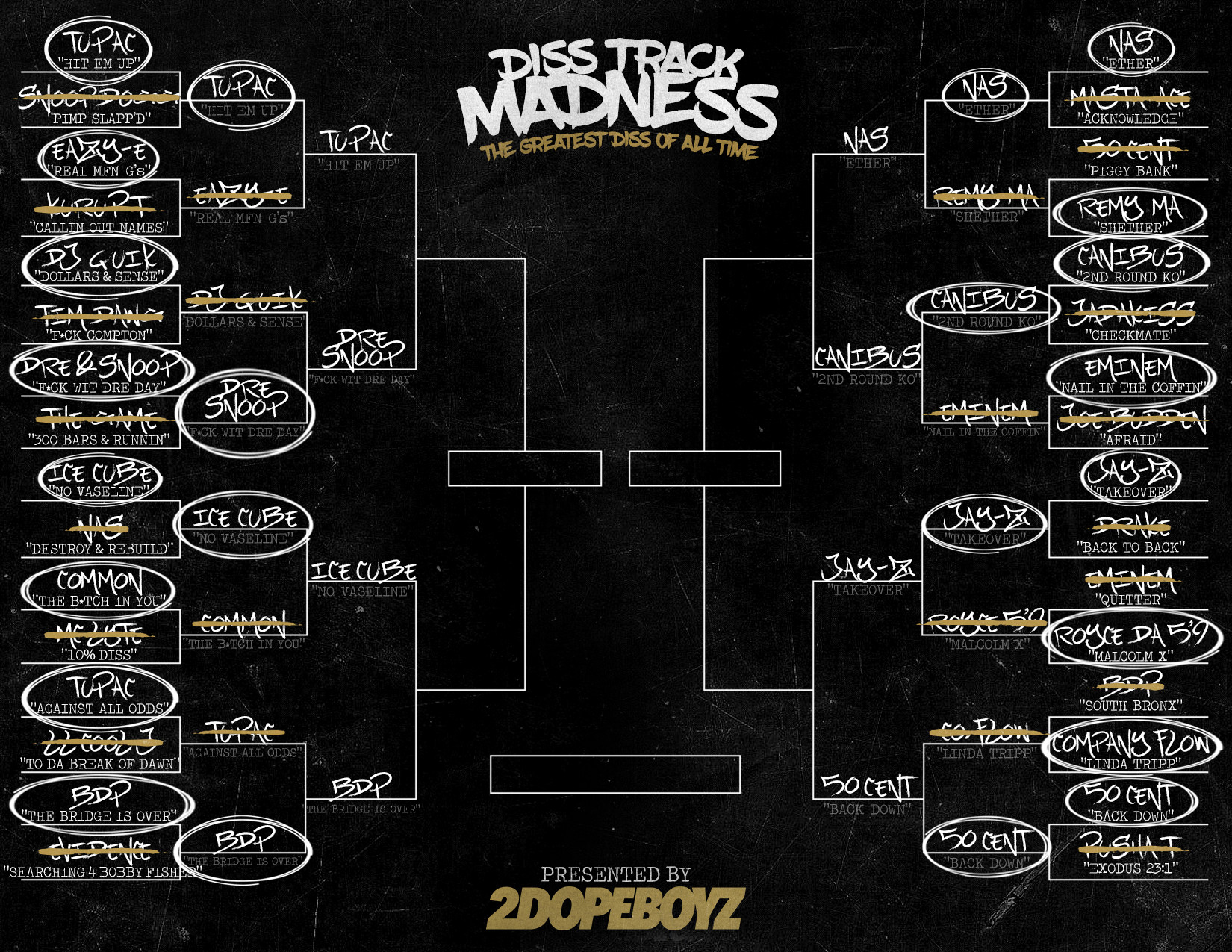