It must be great to be a Cam’ron fan at the moment.

Shortly after dropping his latest mixtape The Program, he re-reunited with The Diplomats for “Once Upon A Time.” Now, Killa recently pulled up on ESPN’s Highly Questionable for a wholly entertaining and two-part interview.

While with Dan LeBatard, Cam speaks on a variety of topics including getting his mother out of the ghetto, graduate college and becoming a successful businessman in his 40s, Floyd Mayweather (and Oscar De La Hoya) and more. He also delves ino his favorite rap beef of all time: JAY-Z and Nas.

“For a couple years Nas was kinda quiet, and JAY-Z was elevating that particular time and everybody thought Nas was out, Cam says. “JAY-Z did a diss record towards Nas and everybody was like ‘Nas is really gone.’ Then Nas came out the blue with a song called ‘Ether’ and it was like ‘wow Nas is not gone’.”

In part 1 of our @Mr_Camron interview, a Cam takeover forces Dan to negotiate question topics + Cam talks about his favorite rap beef. pic.twitter.com/STvJDI3aFn

Of course, it wouldn’t be Highly Questionable without an impromptu performance… 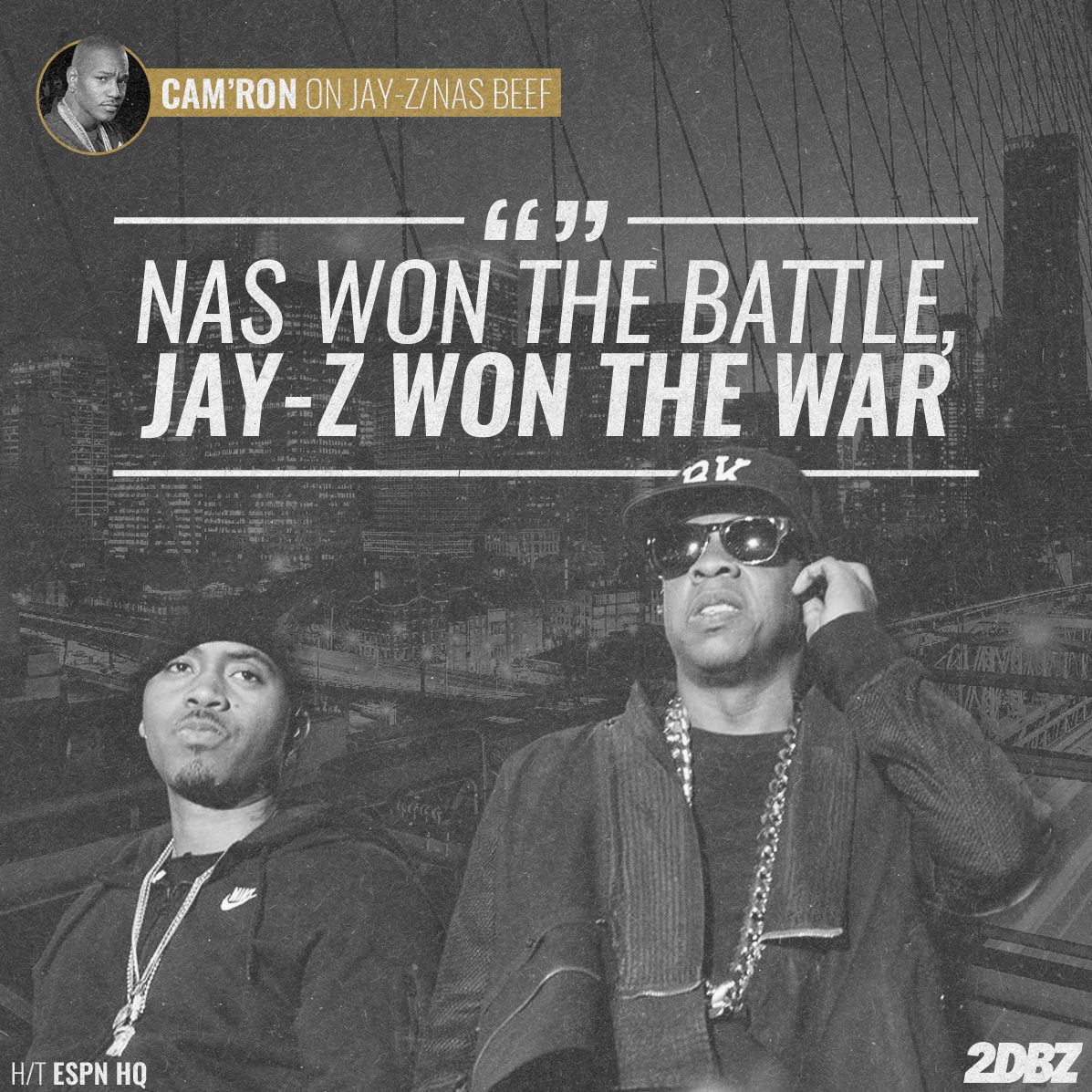 Cam’ron will release another collaboration with Reebok, this time reimagining the DMX Run 10 model into his own unique visage. The sneakers, which will come in limited quantities, will be released on November 27th and will retail for $200.

Nicki Minaj Tries to ‘Break the Internet’ with PAPER Magazine