If you don’t count his SUPER SLIMEY project with Future from late last year, it’s been well over a year since we’ve received a project from Young Thug. But after a number of delays and false release date, the wait is finally over.

Thug has been teasing Slime Language for quite some time now, but it wasn’t until he delivered a snake along with a booklet with the album’s features to the XXL office that anticipation began to really ramp up. Announcing an August 10th release date, fans were quite disappointed after the day came and went with no new project.

Thankfully, there wasn’t much of a delay after that. To help celebrate his birthday, Thugger has finally released Slime Language to the masses.

Equipped with 15 songs, Thug has plenty of assistance in helping his fans learn the new language. On top of four (!!) Gunna guest spots, the album also features Lil Baby, Lil Duke, Lil Uzi Vert, Tracy T, Jacquees, and more. Doubling as a stage for the rest of the Young Stoner Life Records artists to show off their skill sets as well, you might consider this a “compilation” as there’s only two solo songs from Thugger. He does skate all over the intro and is present on every one of the records at least.

Press play on Slime Language below and be sure to add the album on your preferred streaming platform. 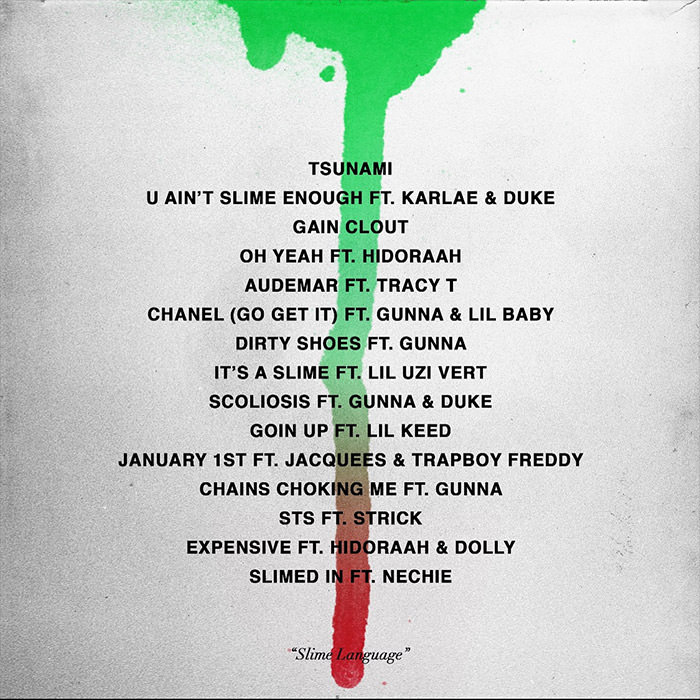