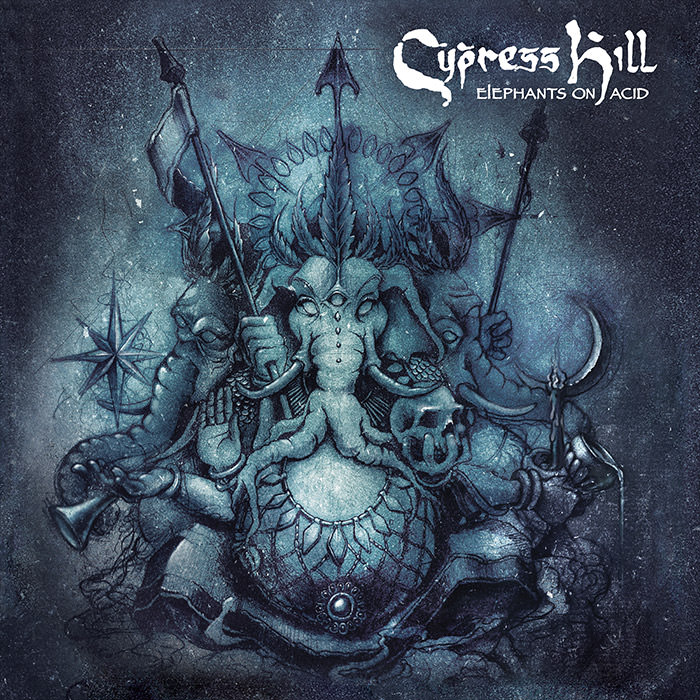 It’s been eight years since Cypress Hill released an album (2010’s Rise Up), but the smoked out “Band of Gypsies” are officially back with their new album, Elephants On Acid.

A return to form, Elephants finds DJ Muggs back behind the boards and providing the production. Something he hasn’t done with a Cypress record since 2014’s Till Death Do Us Part — yeah, an album that dropped fourteen years ago.

“With a band like Cypress Hill, you kind of try to avoid [sampling] because it can hold up your record,” Muggs told Rolling Stone. “So I had to build the record sonically like a Cypress Hill grimy-ass dirty f*ckin’ Hip-Hop record like the sh*t I like. But I had to use live sh*t. So I played a lot of sh*t myself. I had people come in and play, but I know how to freak my sh*t to make it sound like samples… I got a couple players that come in that are pro. I just pound on the f*cking keyboards and play all the crazy sh*t that you might hear that’s smoked the f*ck out.”

Locked in at a hefty 21 tracks—including “Crazy,” “Muggs is Dead,” and “Locos” with Sick Jacken—the album also has songs like “Jesus Was A Stoner” and “Blood On My Hands.”

Press play below and be sure to add Elephants On Acid on your preferred streaming platform.

Reason Re-Releases ‘There You Have It’ Project Under TDE Umbrella