“‘Church’ is basically about the struggle between me and my parents when i was a teenager,” Samm told FADER. “I love my sleep so them attempting to wake me up to go Church on a Sunday morning was a constant battle!'”

Seemingly taken off Henshaw’s upcoming album (a follow-up to 2016’s The Sound Experiment 2), the soulful anthem can be heard below.

On top of the feature, EarthGang will also be joining Smino on his upcoming Hoopti Tour. Dates below. 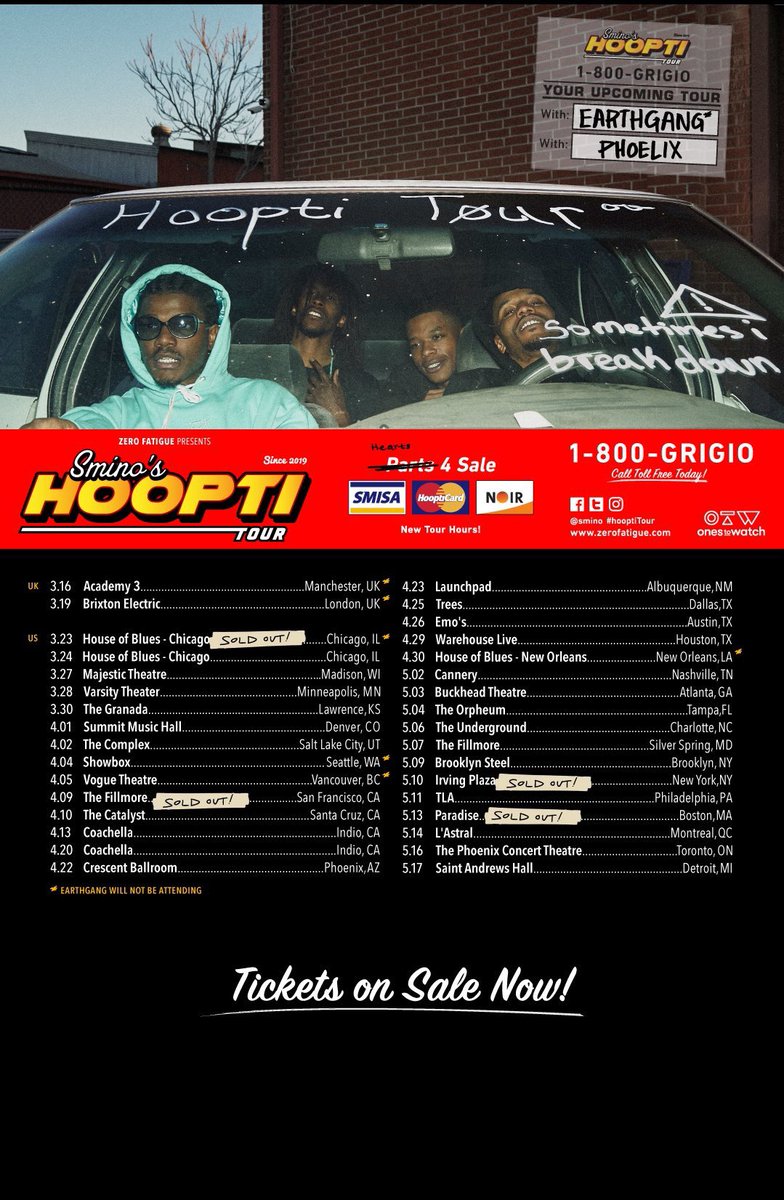 Future Performs “Crushed Up” On The Late Show