Big K.R.I.T. Announces ‘From the South with Love’ Tour

Hella-albums-a-week season is rapidly approaching as the rest of June and much of July has been filled with a number of upcoming albums. Among those is Big K.R.I.T. who revealed his fourth album, K.R.I.T. Is Here, will arrive July 12th.

In addition to the announcement and new single, “K.R.I.T. HERE,” the Mississippi rapper also revealed plans to hit the road later this year.

The From The South With Love Tour will kick off Sept. 19th in Tampa, FL and run for just under two months coming to a close Nov. 16th in Atlanta, GA.

With early bird tickets going live tomorrow, check out the full list of dates below. 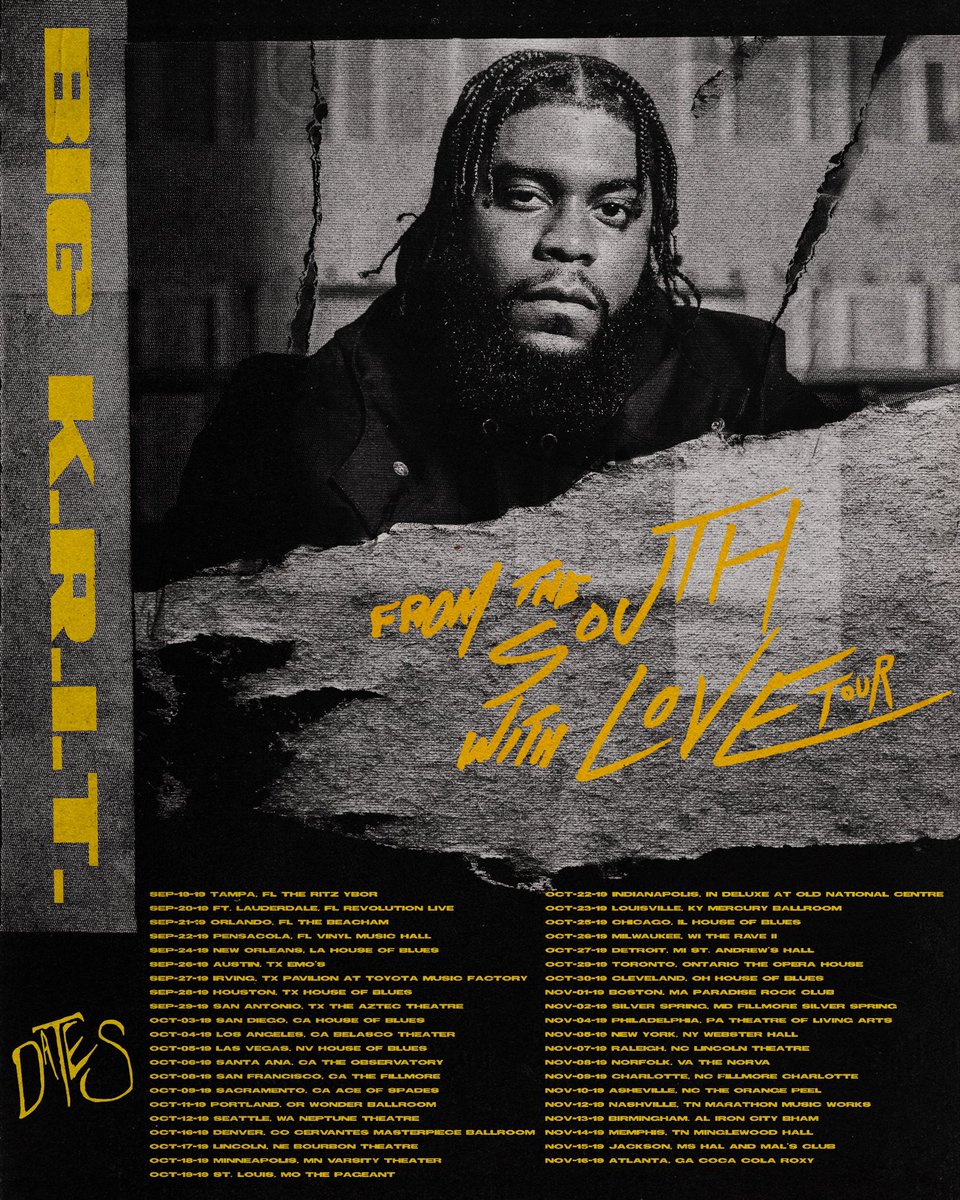