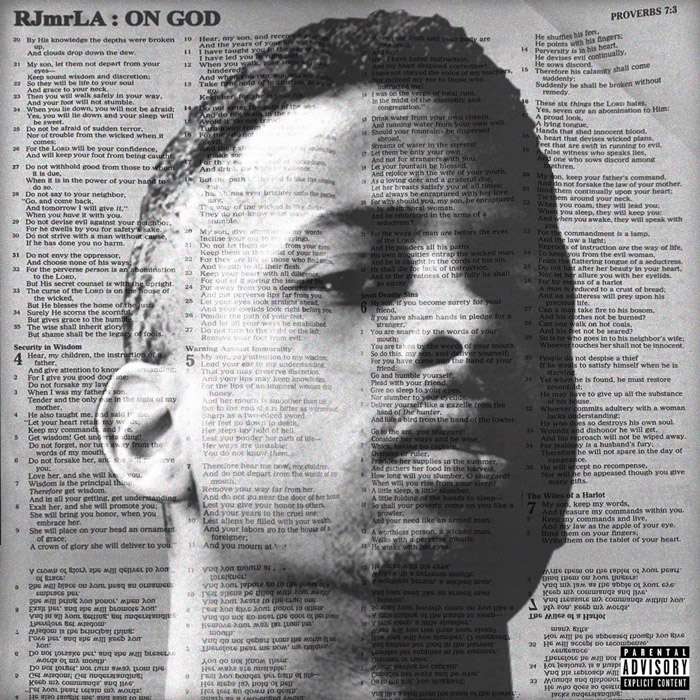 Following a string of singles (like “Apartment” and “Rat Race“), RJmrLA is back at the DopeHouse with the release of his new album, On God.

“The phrase ‘on God’ has been used in urban society an ample amount of times as somewhat of a promise or basically giving your word that your statement is true,” RJ told Complex. “So instead of saying I swear to God we’re saying I put my word o God.”

Press play below and add On God wherever you consume music.