It looks like Jay Electronica is really delivering this time.

After resurfacing last month saying “album done” and unveiling his plans to release his long-awaited album, now called A Written Testimony, 40 days from the post (which would be March 18th, but might be arriving earlier than planned-heh), the mythical rapper has once again popped up with some cryptic information-revealing the album’s tracklist… in Arabic.

Thankfully, some trusty internet sleuths have taken the time to loosely translate the text and the following is what we’ve got to go off so far… UPDATE: THE ALBUM IS OUT NOW! Proper credits below…

The song titles are sure to be a little different than what is listed above, but the features (Travis Scott and The-Dream) are pretty much a lock. There’s also practically confirmed rumors of JAY-Z appearing on a majority of the songs–like the rather old, but still fire, “Shiny Suit Theory.” 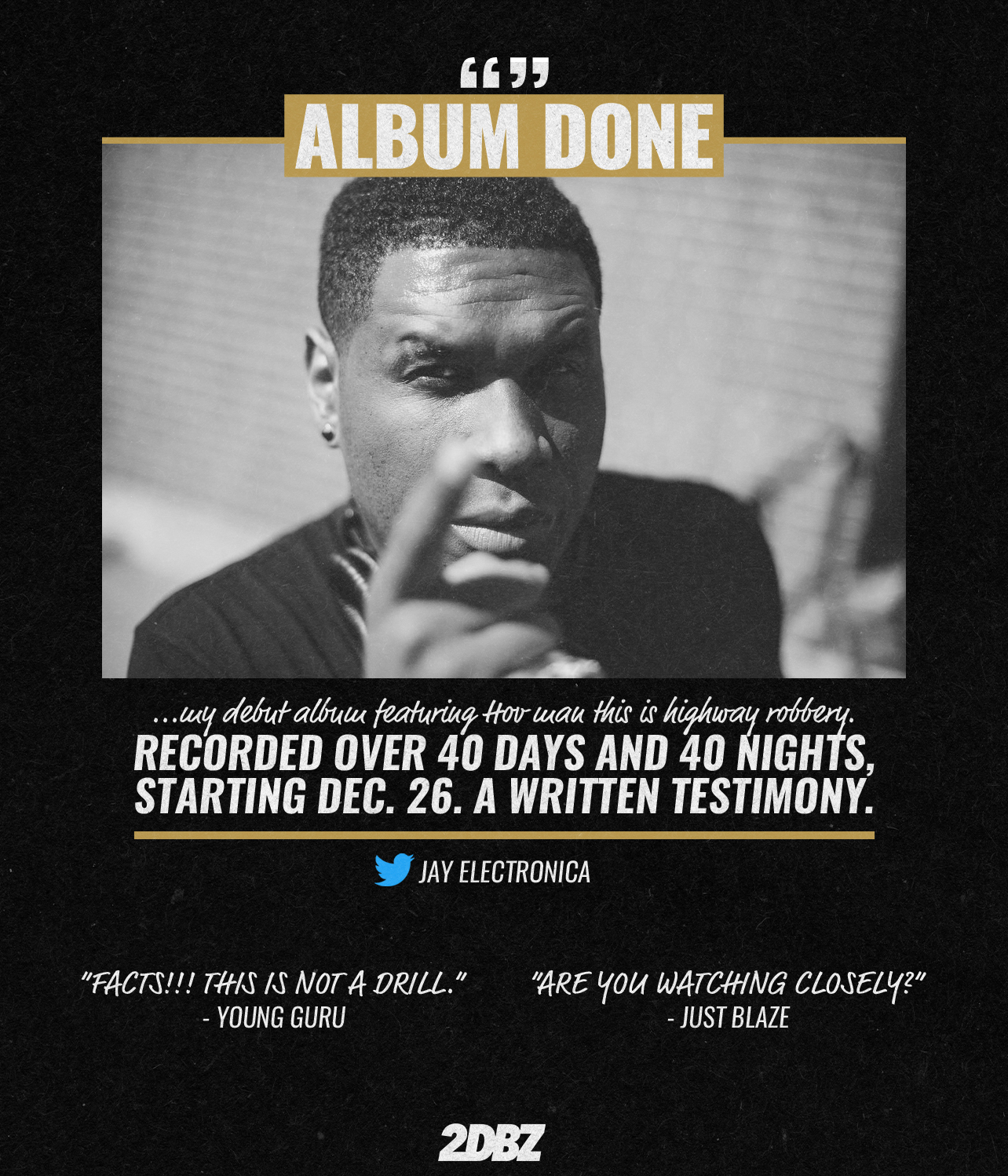