Ah sh*t, I’ve been waiting for this one!

Ransom and Rome Streetz, two of the dopest rappers doing it right now, have decided to team up and bust y’all over the head with a new album called Coup de Grâce.

With both emcees coming off collaborative projects (Ran’s Heavy is the Head with Big Ghost Ltd and Rome’s Death & The Magician with DJ Muggs), the deadly duo preheated the oven last week with “Pray For the Weak” featuring The Game. And now, the full batch of audio dope is ready for a taste.

Equipped with 11 songs, the album includes features from The Game, Che Noir and Lou From Paradise; over production from Nicholas Craven, Lord Sear, V Don, and others. 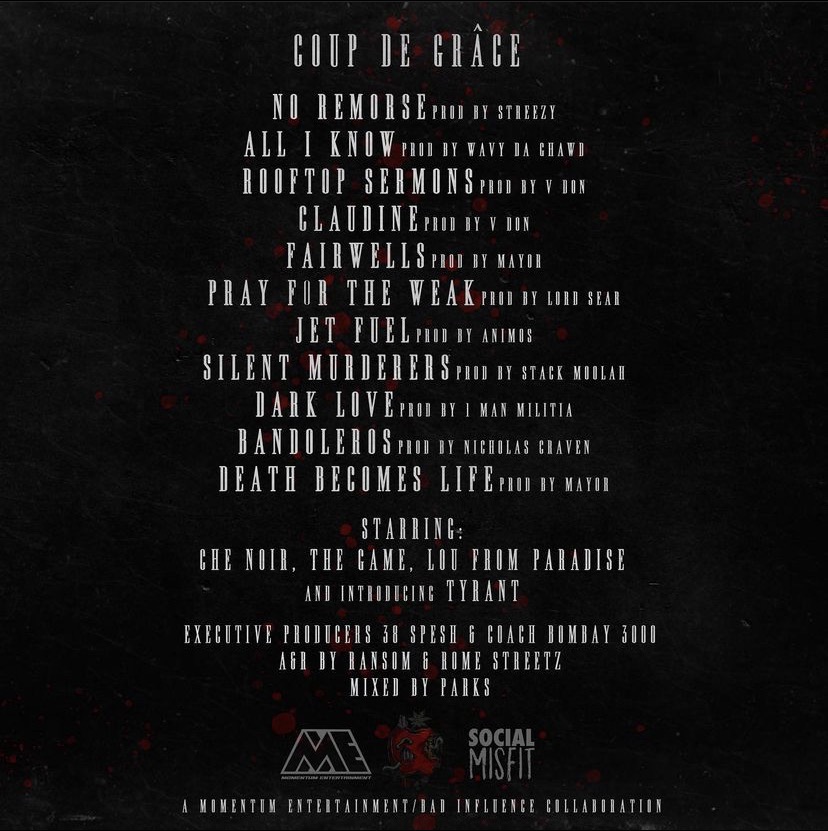 Press play and be sure to add Coup de Grâce wherever you get music.

Big Sean & Hit-Boy Team Up For ‘What You Expect’ EP