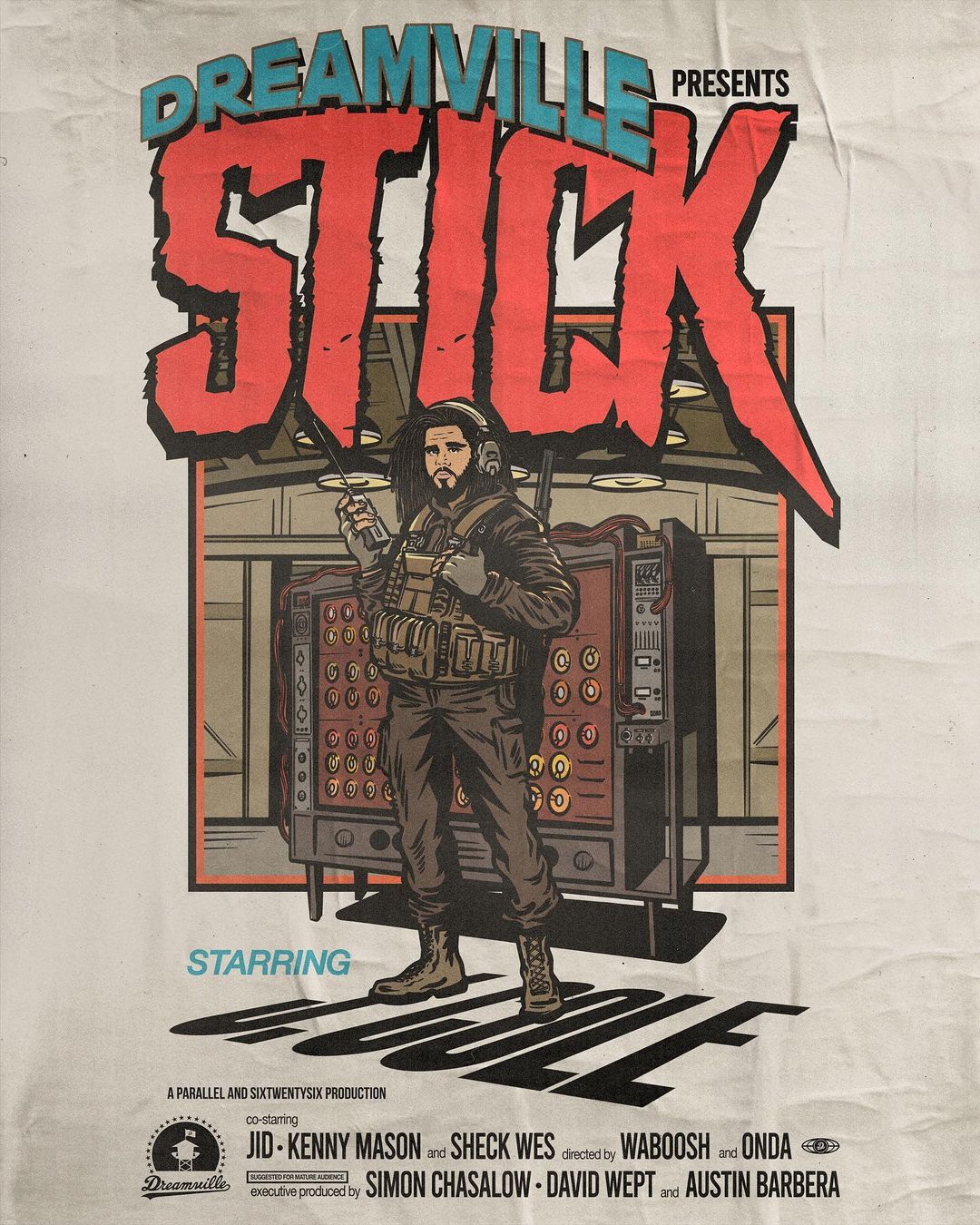 Before their massive festival back in the the Spring, the Dreamville squad released D-Day, A Gangsta Grillz Mixtape. The camp has now shared its first video from the project, for “Stick” with JID, J. Cole, Kenny Mason, and Sheck Wes.

I saw “music video” when I actually meant “mini-action film,” as spliced in between performance footage from the Dreamville festival the four artists engage in a lot of… well, gunplay. Except in J. Cole’s case (well, naturally), as he just has a bunch of laser dots pointed at him while he’s doing his thing.