Although it’s been two years since they’ve released a full-length album (2014’s Strange Journey Vol. 3), the CunninLynguists have remained in people’s speakers with an assortment of solo efforts (Deacon’s incredible Peace Or Power LP, Kno’s Bones instrumental album), their WinterFire EP with The Grouch & Eligh, a joint project from Kno and Sadistik, and Kno’s production work under the Dirty Decibels umbrella with DJ Flip Flop.

Now, after a quick run through Europe earlier this summer, the Dirty South trio have invaded the West Coast — with the help of Psalm One, Sadistik, Sam Roberts, and DJ Fresh.

Kicking off last night in my backyard (Vegas), The Doombox West Coast Tour arrives in San Diego tonight, and will be hitting select cities on the way up to Seattle for the closing show on October 8th.

Check out the full list of stops below and pick up your tickets on Ticketfly. 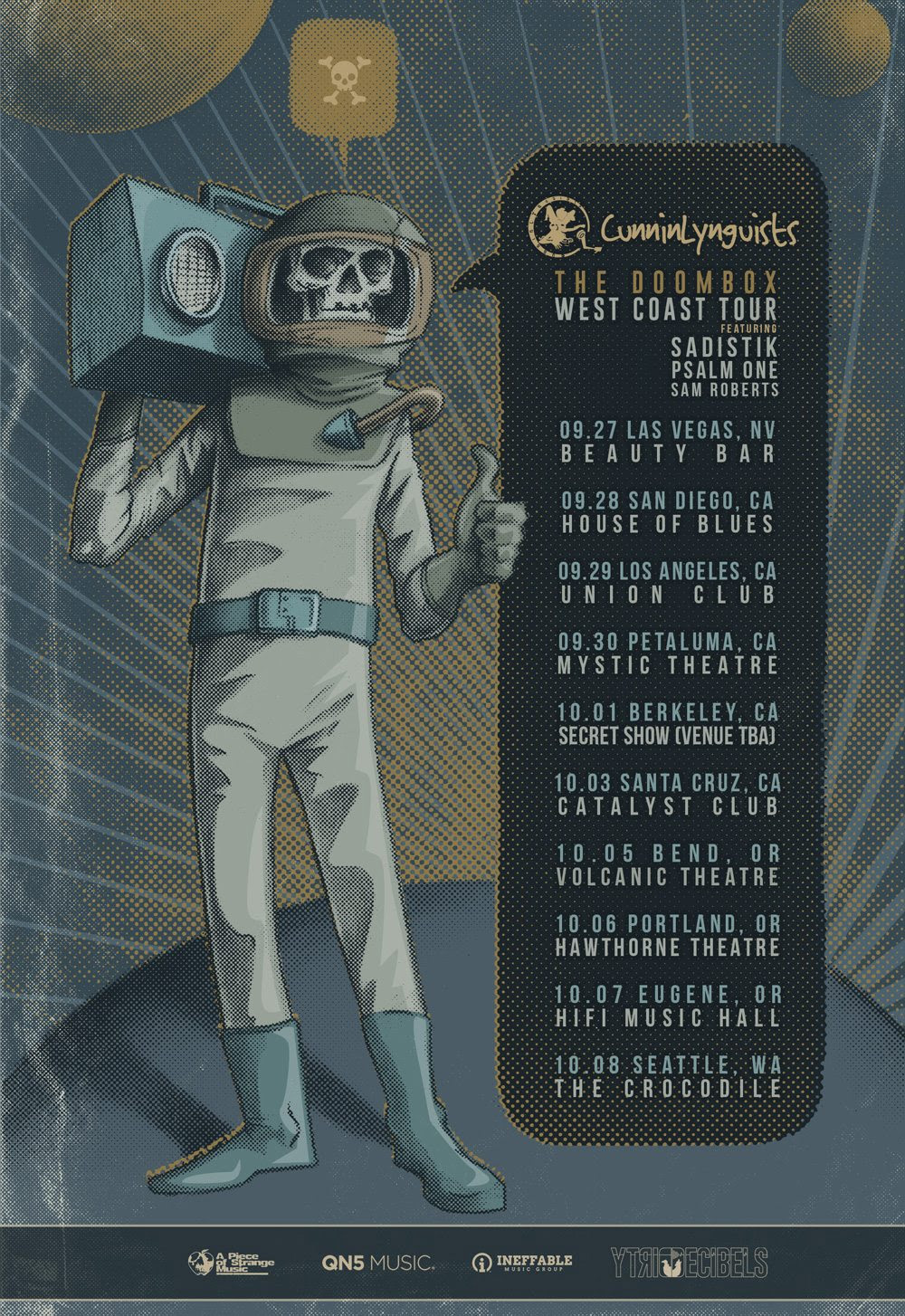