MURS Breaks World Record For Longest Rap Ever — Over 24 Hours

MURS is attempting to break a five-year old record that, if he does it, will put him in the annals of hip hop history.

The Los Angeles rapper has teamed with live streaming video platform Twitch, Slacker Radio and Boost Mobile and is attempting to set the record for the longest rap session, trying to rap for a whopping 25 hours straight.

Not to be confused with Chiddy Bang’s Chidera “Chiddy” Anamege’s record for Longest Freestyle Rap at nine hours, this isn’t just a “freestyle” session. During the time, MURS is instead performing hundreds of classic rap songs throughout the attempt. He’s alreaady done songs from 2Pac, Public Enemy, E-40, Xzibit, Too $hort and Ice Cube, among many others.

Tune in below to see if he achieves the record below.

UPDATE: MURS has done it! Relive the 24+ hour session on Twitch, keep scrolling to see what was performed, and be sure to hit him on Twitter with some kind words. This is awesome. 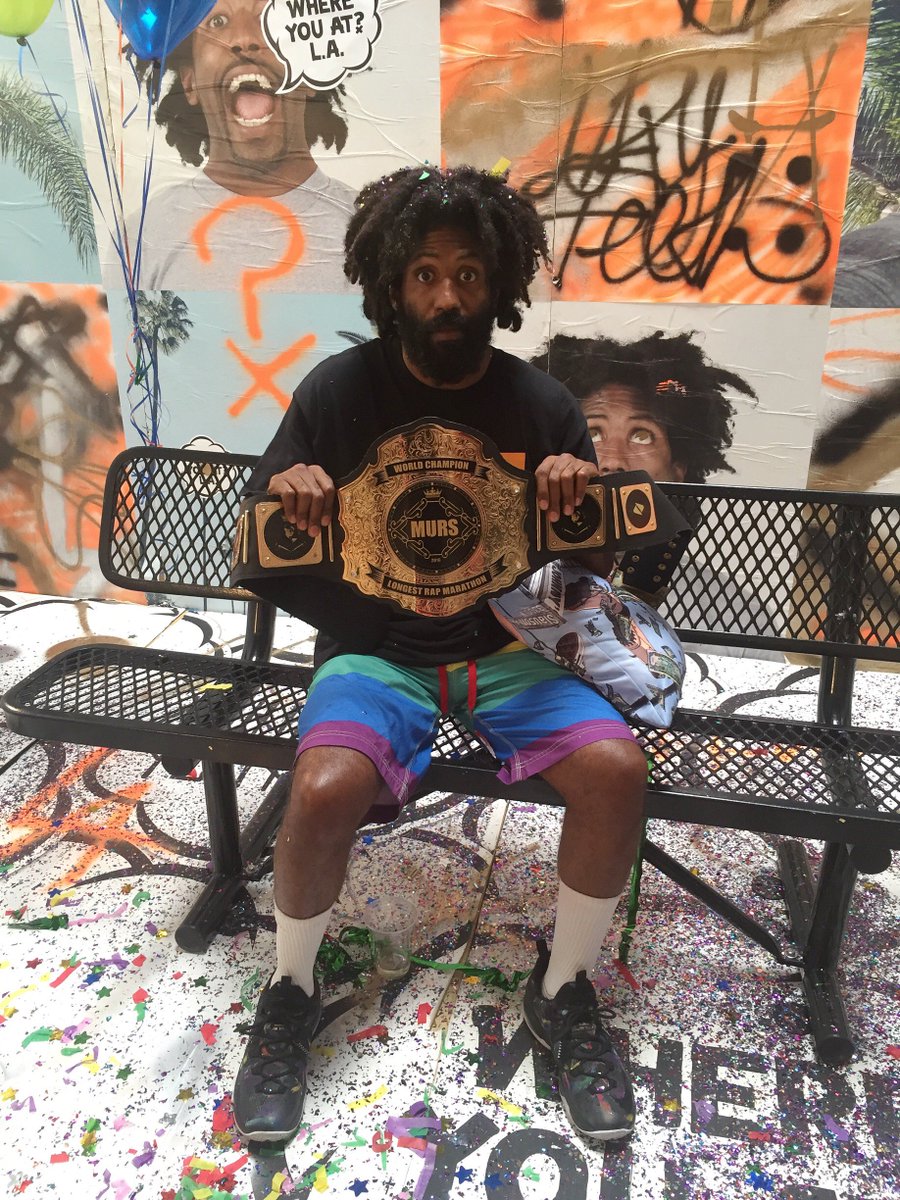