Shortly after releasing his KOD album to the masses, J. Cole followed up with a video for “ATM.”

Teaming up with director Scott Lazer, the duo addressed the rapper’s complicated relationship with money and the downsides of wealth with a vibrant visual, inspired by Fear & Loathing in Las Vegas and Hype Williams’ early work.

To help provide more insight, Lazer sat down with Genius to break down the video in the latest episode of Framework.

“He’s kind of just this money hungry hustler, kind of in the vein of Johnny Depp’s character in Fear and Loathing in Las Vegas,” Lazer explains. “[Busta Rhymes’] ‘Gimme Some More’ was definitely an inspiration for this video. Cole and I watched that video and were looking at ways that we could adopt some of the things that Hype Williams did so brilliantly.”

During the segment, Lazer also revealed that Cole’s alter ego kiLL edward might of made a cameo. 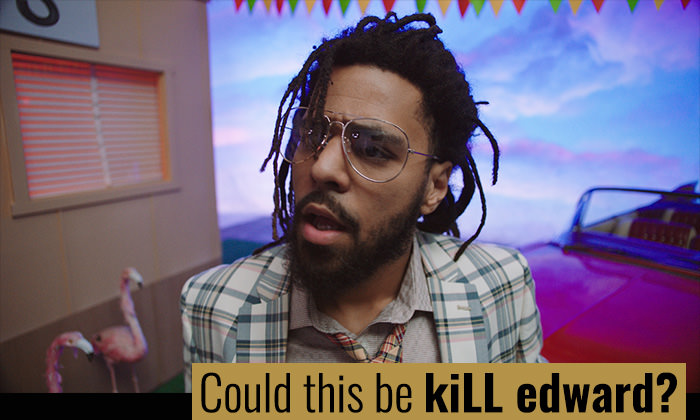 “This is Cole as a used car salesman at Ed’s Used Cars,” he says about one scene. “If you listen to the album, you’ll notice that there’s a feature on this album called kiLL edward, and so when we were coming up with names for what we should call the car dealership, Cole was like, ‘Let’s call it Ed’s Used Cars.’ So, he’s presumably Ed or maybe works for Ed.”

Check out the full episode below and go ahead and run that KOD back a few more times.