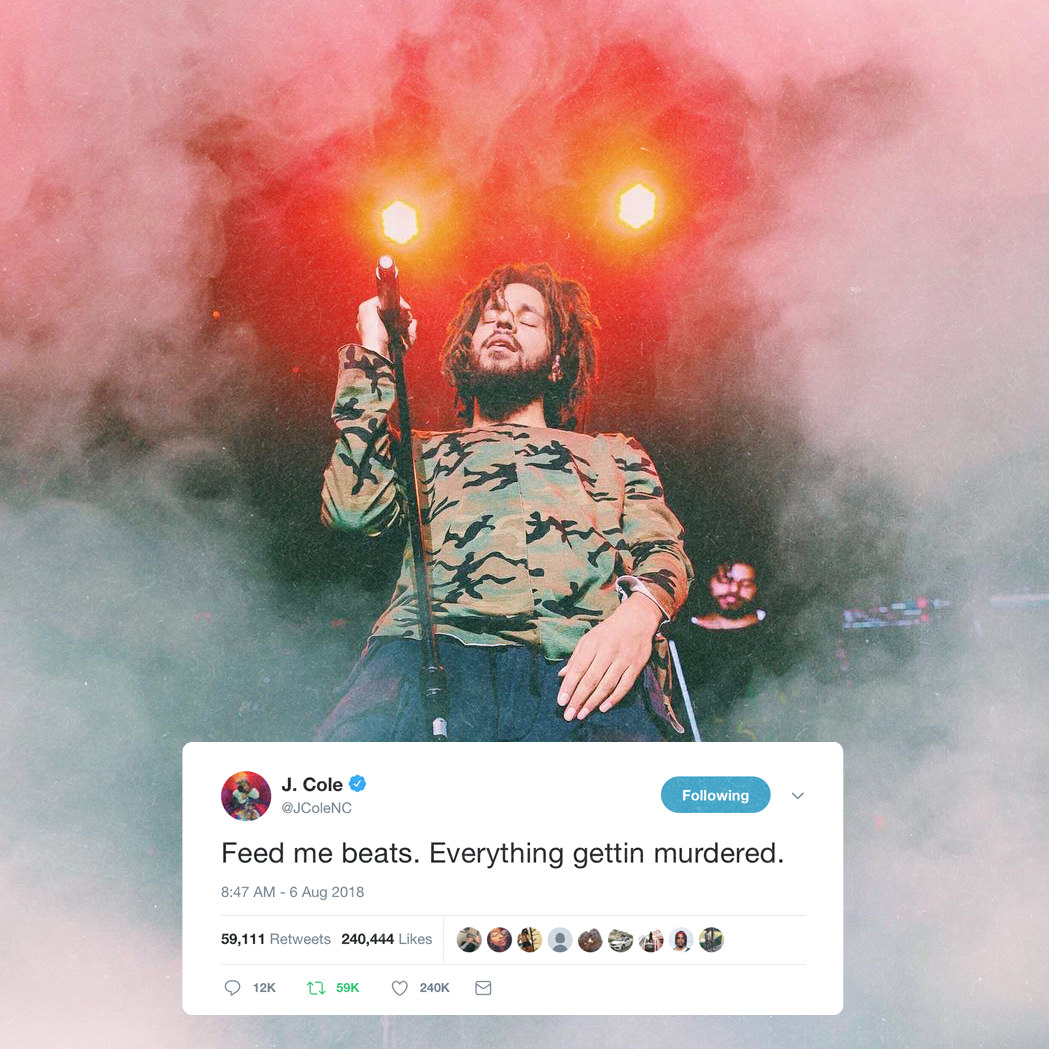 With K.O.D. still in contention for album of the year, J. Cole is showing no signs of slowing down.

Ahead of his upcoming tour (with Young Thug, EarthGang, Jaden Smith), the Dreamvillain took to Twitter to announce he’s hungry for beats and looking to murder any in his path. Hopefully, this means a new mixtape is on the horizon. Or, at least a weekly series? Whatever is on the horizon, we’re here for it.

Now, can someone tell Jake One to slide that “Rock Co.Kane Flow” beat his way? Just saying.

UPDATE: Wasting no time getting his shit off, Cole adds some surefire bars to Nas and The Bravehearts’ “Oochie Wally” instrumental. Take a listen here.