Although he’s been a little quiet as of late (well before the COVID-19 stress), Big Boi is still hard at work with a joint project with Sleepy Brown called The Big Sleepover ready to be released when we get back to business.

For now, as he quarantines like most of us are doing, Sir Lucious Left Foot is digging in the vaults with the release of a previously-unreleased video for “Tremendous Damage,” a song from 2012’s Vicious Lies and Dangerous Rumors that was inspired by the death of his father, Tony Kearse.

“I shot ‘Tremendous Damage’ years ago, and I never released it,” Big Boi told Complex. “But the song spoke to me because there’s a lot of people out here that are losing loved ones, and the song’s about somebody who lost somebody. It’s dedicated to my father. The world is experiencing tremendous damage. I just wanted to speak to my people.”

“[The song] was a celebration of his life. And it was a way to portray him, because everybody knows The Son of Chico Dusty, but I wanted people to know who he was,” he added. “He made me the man I am today, as far as being a great husband and father and family guy. Even though him and my mom weren’t together for very long, there’s certain values that stuck with me. Sons need their fathers. He taught me how to be a man.

“We added some things to [the video] like certain effects and more historic pictures of my dad when he was in the military. He was in the Marines and he was in the Air Force, as well. The guy was a genius. He fought in Beirut and Vietnam. It was my way of honoring him. He was a bad, bad man.”

On top of sharing the video, Big Boi also revealed Organized Noize and Goodie Mob are working on an album, shared a couple stories about Ludacris and a young Future (the younger cousin of Rico Wade), and even teased a collaboration with EarthGang–the Dreamville duo who has been compared to OutKast since their breakout a few years back. 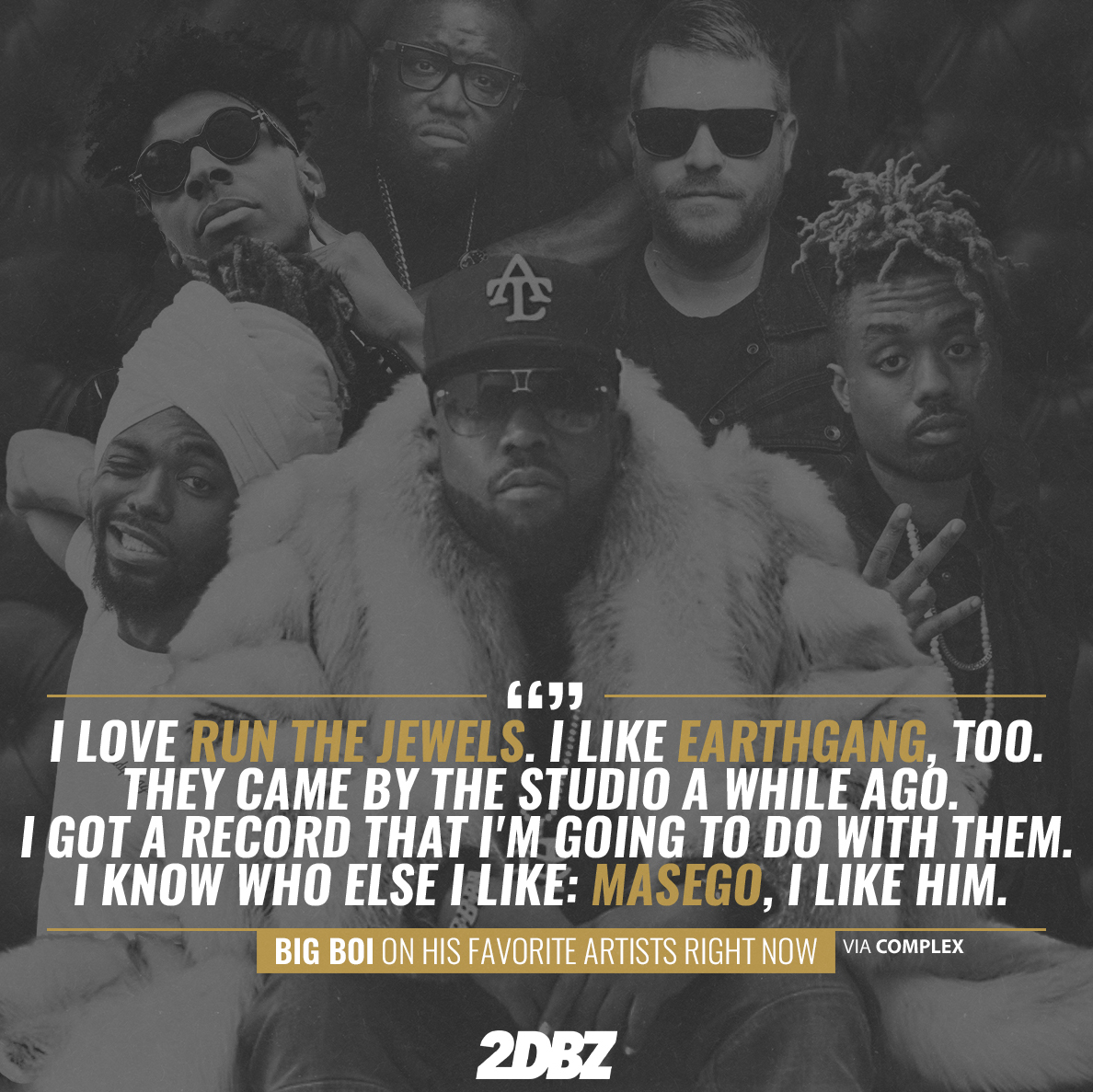 Kota the Friend Spreads Feel Good Vibes on ‘Everything’ Album