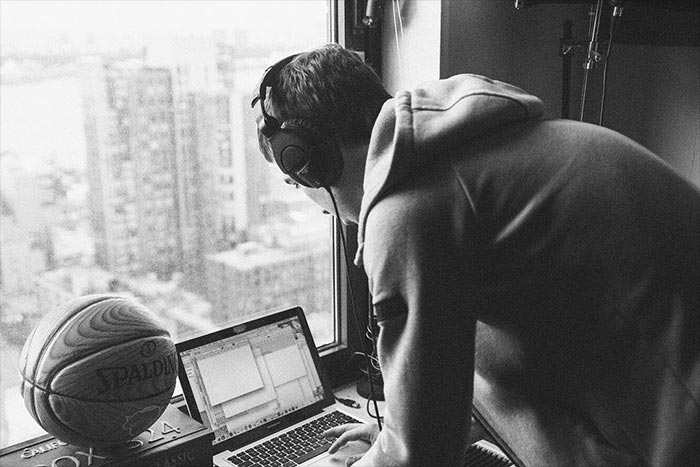 It’s been a minute since Marlon Craft appeared at the DopeHouse, last heard in August with the release of his The Tunnel’s End album, but that doesn’t mean the NYC spitter hasn’t been working. In fact, that’s all he’s doing.

With hundreds of artists releasing music on a daily basis, it’s difficult to keep up. And when you add a second full-time job to the equation, it’s damn near impossible.

Thankfully, my man Goose just hit me with a text about discovering Craft, which led to a talk of past freestyles and wanting to hear more from the budding talent.

The timing couldn’t be better, either. After venturing to Craft’s Instagram page, it turns out he’s releasing a new EP tonight called A Dollar In Quarters: 50c. It’s the second installment of a 4-part series he launched last month.

Not only did Marlon Craft release A Dollar In Quarters: 25c in February, he also joined Joyner Lucas and Dizzy Wright on their 508 Still Movin Tour, released a series of freestyles over tracks like Drake’s “Look Alive” and Offset, 21 Savage and Metro Boomin’s “Ric Flair Drop,” took aim at Trump, and bodied a few Black Milk beats on Sway in the Morning.

So, while I wait for 50c to arrive tonight (Edit: It’s out now.), I wanted to offer others a chance to catch up in case they missed out like my dumbass did. Press play on it all below.