So, Kanye West Wrote A Poem About McDonald’s For Frank Ocean’s Magazine… Amidst the hubbub Frank Ocean caused due to the releases of his Endless and Blonde projects, Frank set up several “pop up shops” throughout the planet which contained the magazine Boys Don’t Cry. Those who purchased the magazine were treated to an alternate, physical copy of Blonde… and an oddball prose from Kanye West.

And it was called “The McDonald’s Man.” Seriously. And it was sent to Frank via text message. Because genius.

UPDATE: Since the world was waiting, here’s Joey Bada$$ reciting the poem during a sit down with Hot 97’s Megan Ryte. 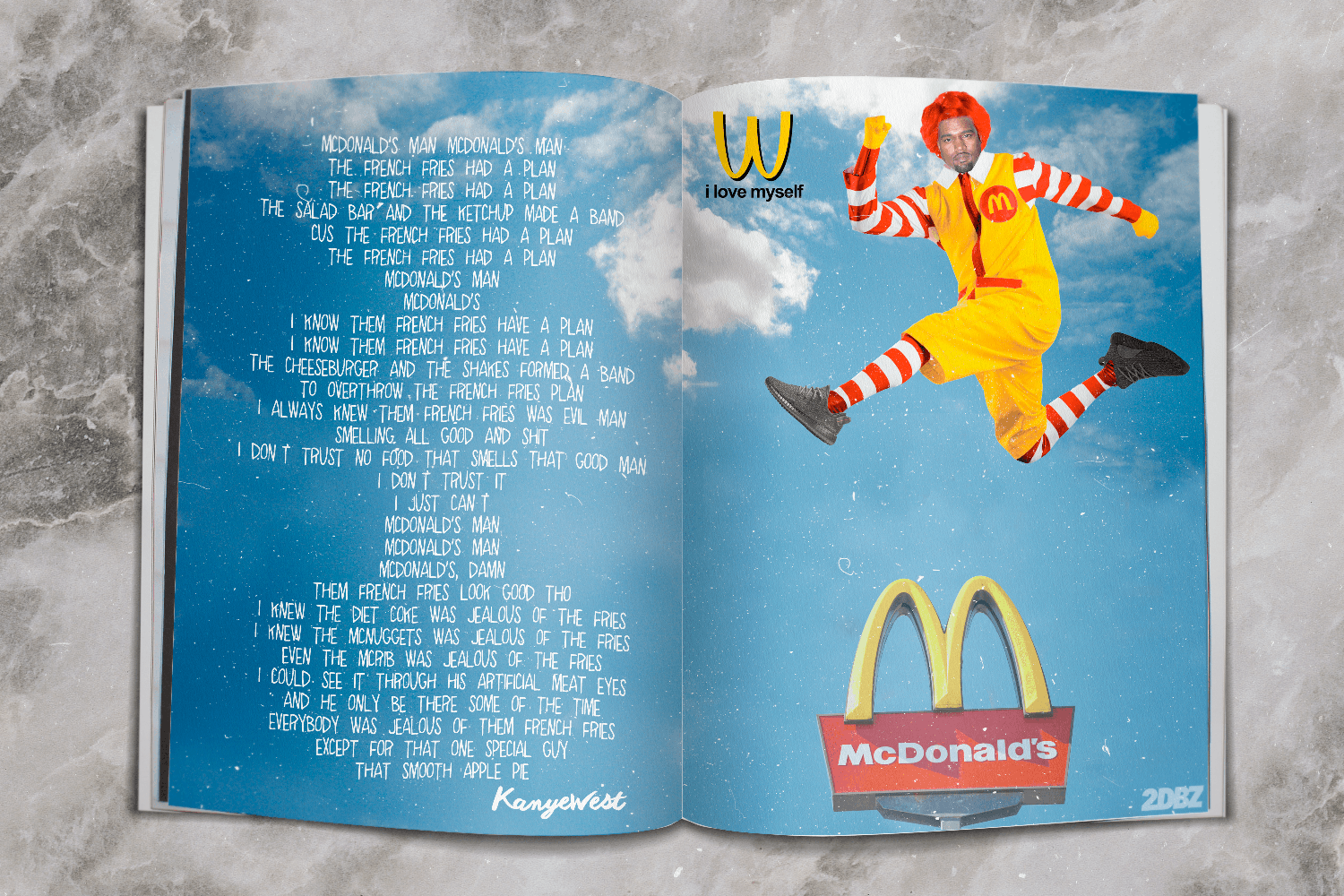