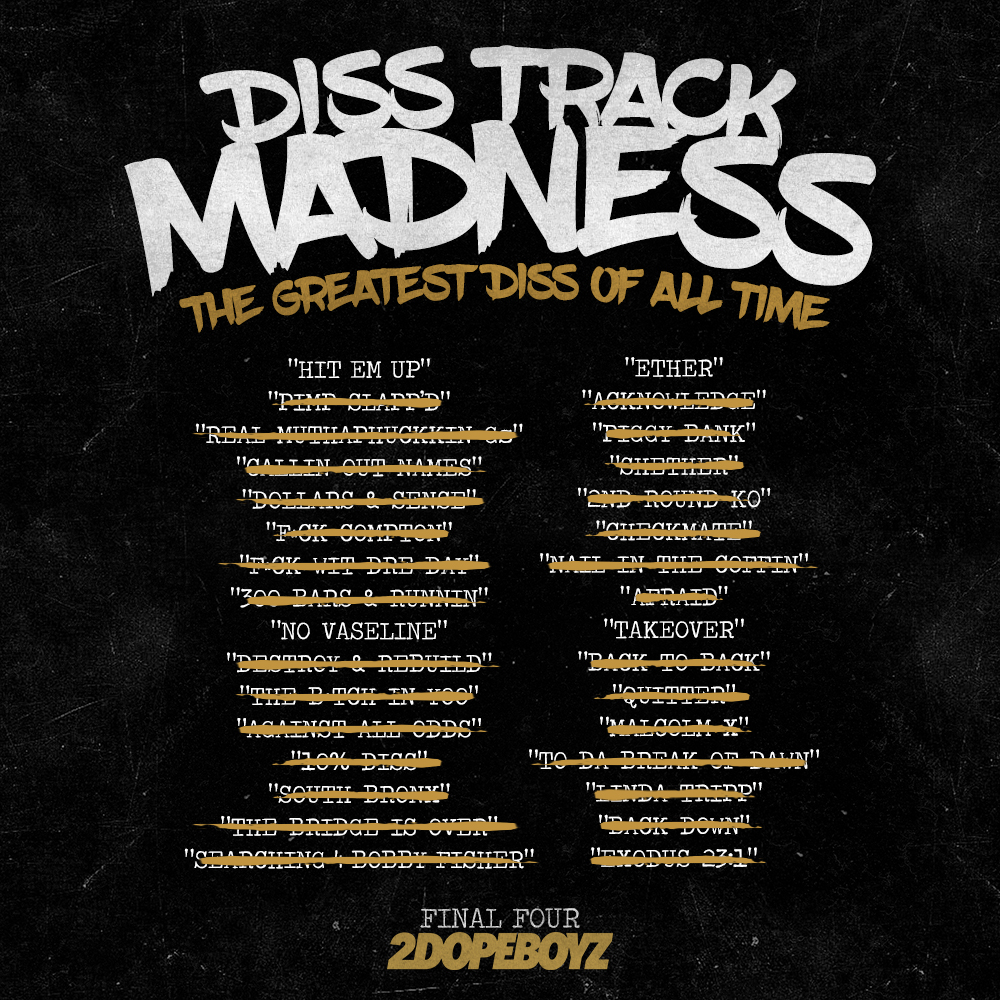 From 32 to 16, to the Elite 8, and now, we’ve reached the FINAL FOUR! Check out how everything stacks up below and be sure to vote.

Tupac and Ice Cube never banged against each other on wax, but there has always been a “what if?” hovering. Well, in a sort of roundabout way, we can settle the case by pitting their greatest diss tracks against one another in the Final Four. Both California rappers took aim at multiple people on their respective tracks with Ice Cube completely annihilating N.W.A. and Jerry Heller on “No Vaseline” while Tupac spit vitriolic venom at Biggie, Lil Kim, Mobb Deep and Puff Daddy. Tupac’s path to the Final Four didn’t have much resistance as he stomped all over Snoop Dogg, Eazy E and Dr. Dre while Ice Cube met his match against Common’s “The Bitch In Yoo” but muscled his way through Boogie Down Productions and Nas on his way to this clash of West Coast luminaries. Who will make it to the championship round is truly up in the air as the road to the title game goes right through California.

Arguably the greatest battle in the history of hip hop that has always had fans (and non-fans) of rap split down the middle needs to decide a winner. You already know the story but we’ll break it down even further: Jay Z’s opening salvo against Nas and Prodigy sent the entire industry spiraling as Hov went bananas over a brilliant sampling of The Doors’ “Five To One” by Kanye West. It was an aim and shoot barrage of facts that had everyone wincing with each punchline and body blow landing with scintillating efficiency. Everyone thought Nas’ goose was cooked. To put it in perspective, given his recent track record of subpar albums, it should have been. However, Nasir Jones came back from the dead and unleashed a hellacious response in the form of the Ron Browz produced “Ether.” Never mind the vicious lyrical rounds of the dozens that the Queensbridge emcee played with his foe, but the fact that it impacted popular culture with a term that is now utilized on the norm to describe someone who gets destroyed is something we simply cannot ignore. 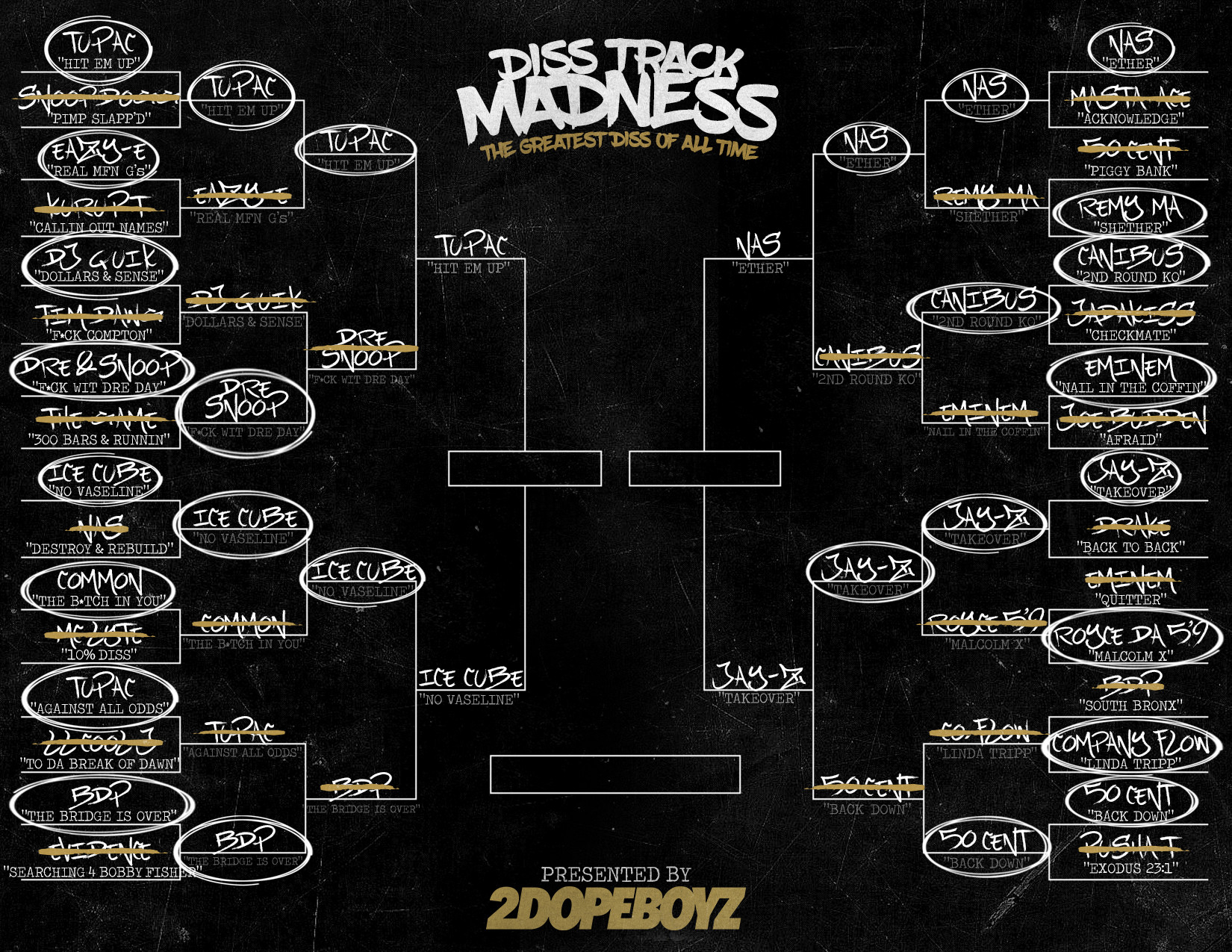